These keto cinnamon roll pancakes with cream cheese frosting are to-die-for! They’re also low carb, easy to make and 100% keto-friendly. Here’s how to make them. 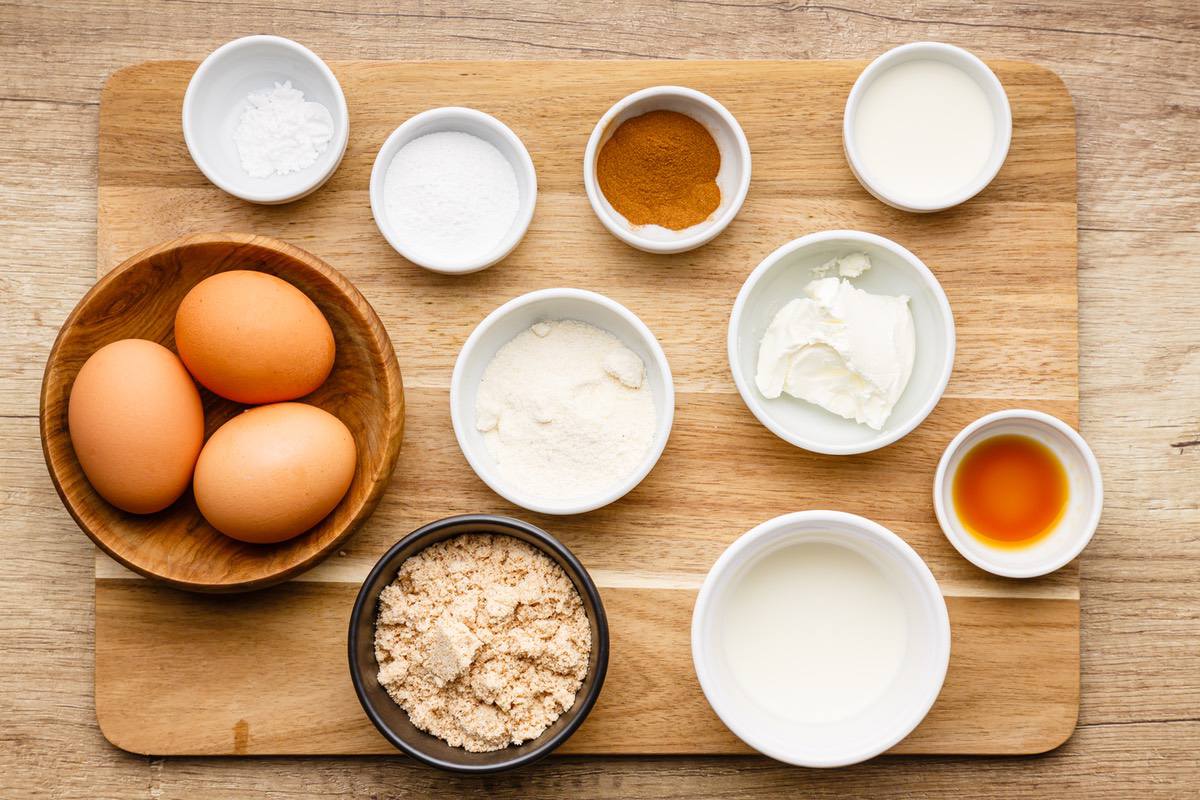 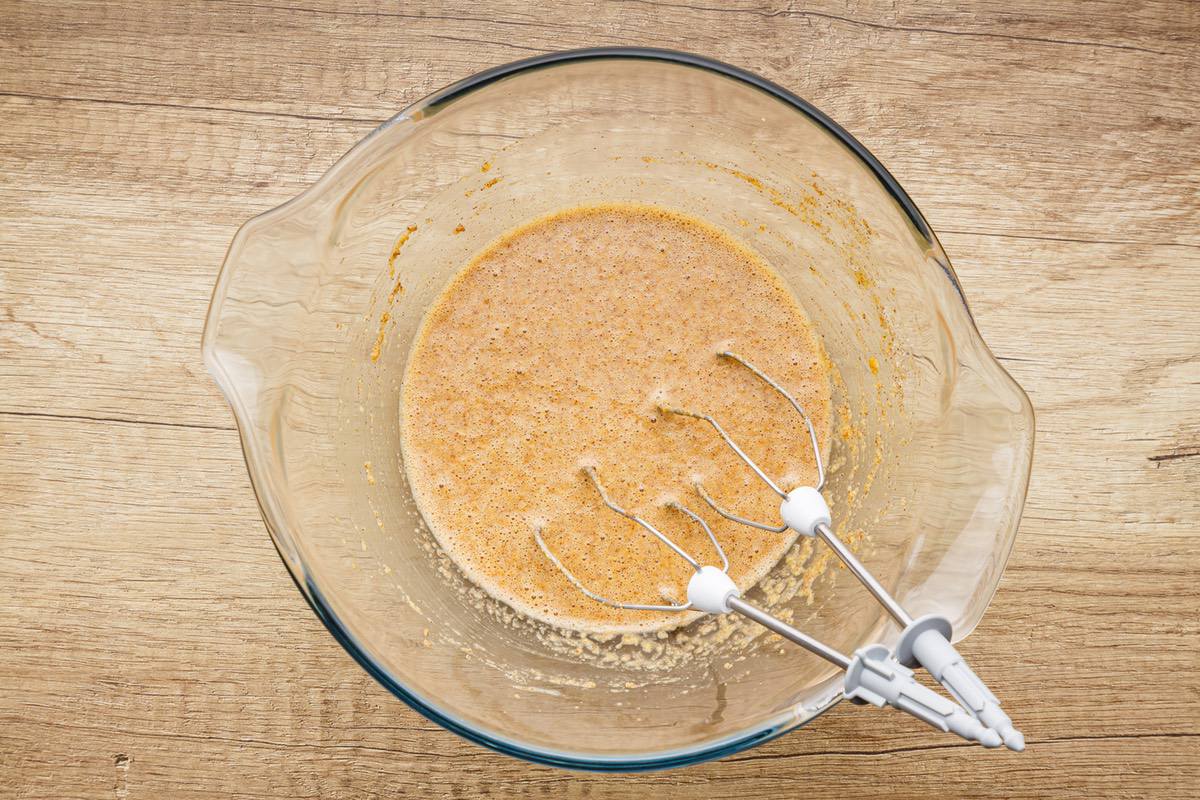 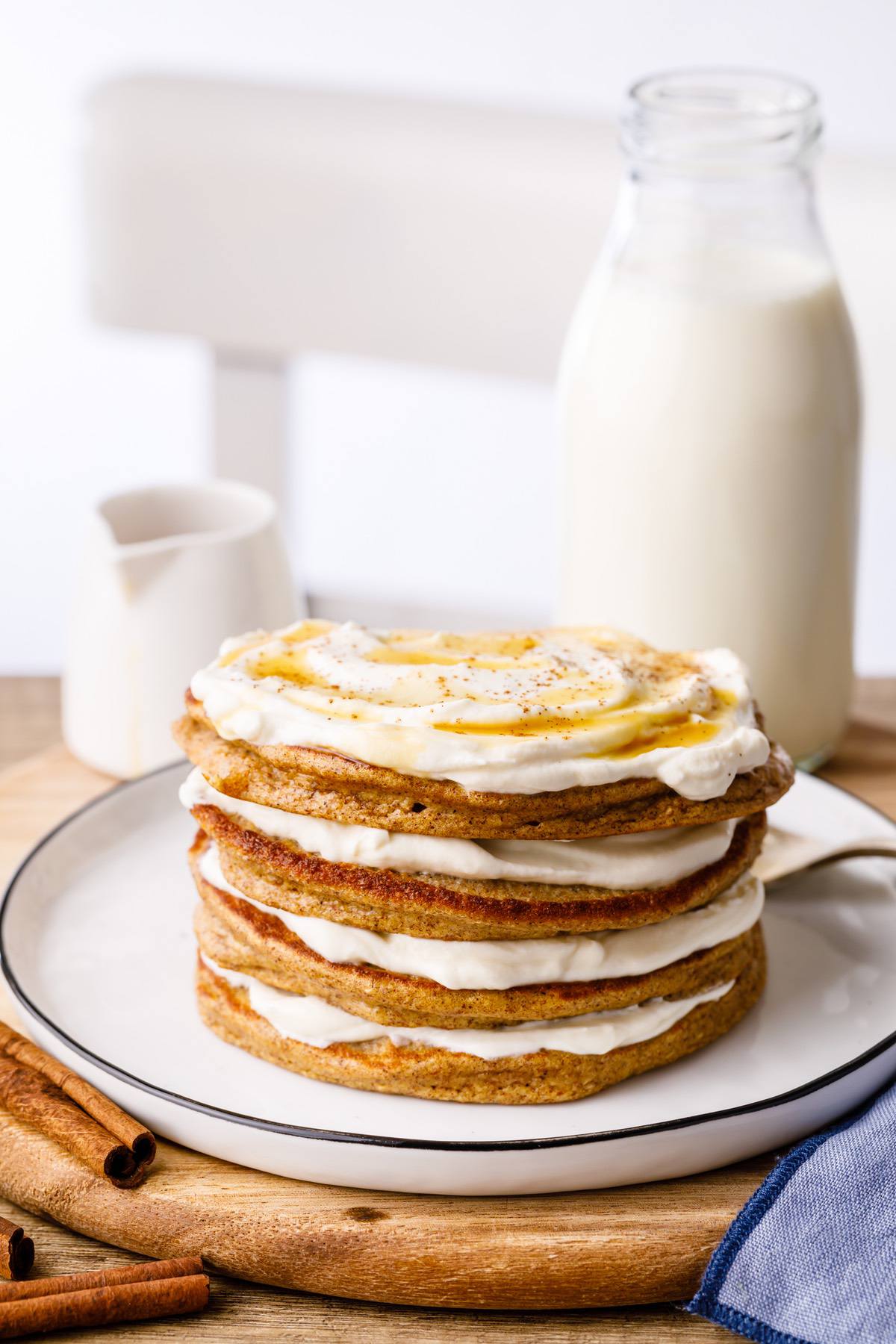 If you aren’t used to baking with more keto-friendly ingredients like almond flour and coconut flour, there can admittedly be a bit of a learning curve when it comes to getting the texture of your baked goods down. Thankfully, you can cut down on this learning curve when making homemade keto pancakes by keeping the following 3 tips in mind: 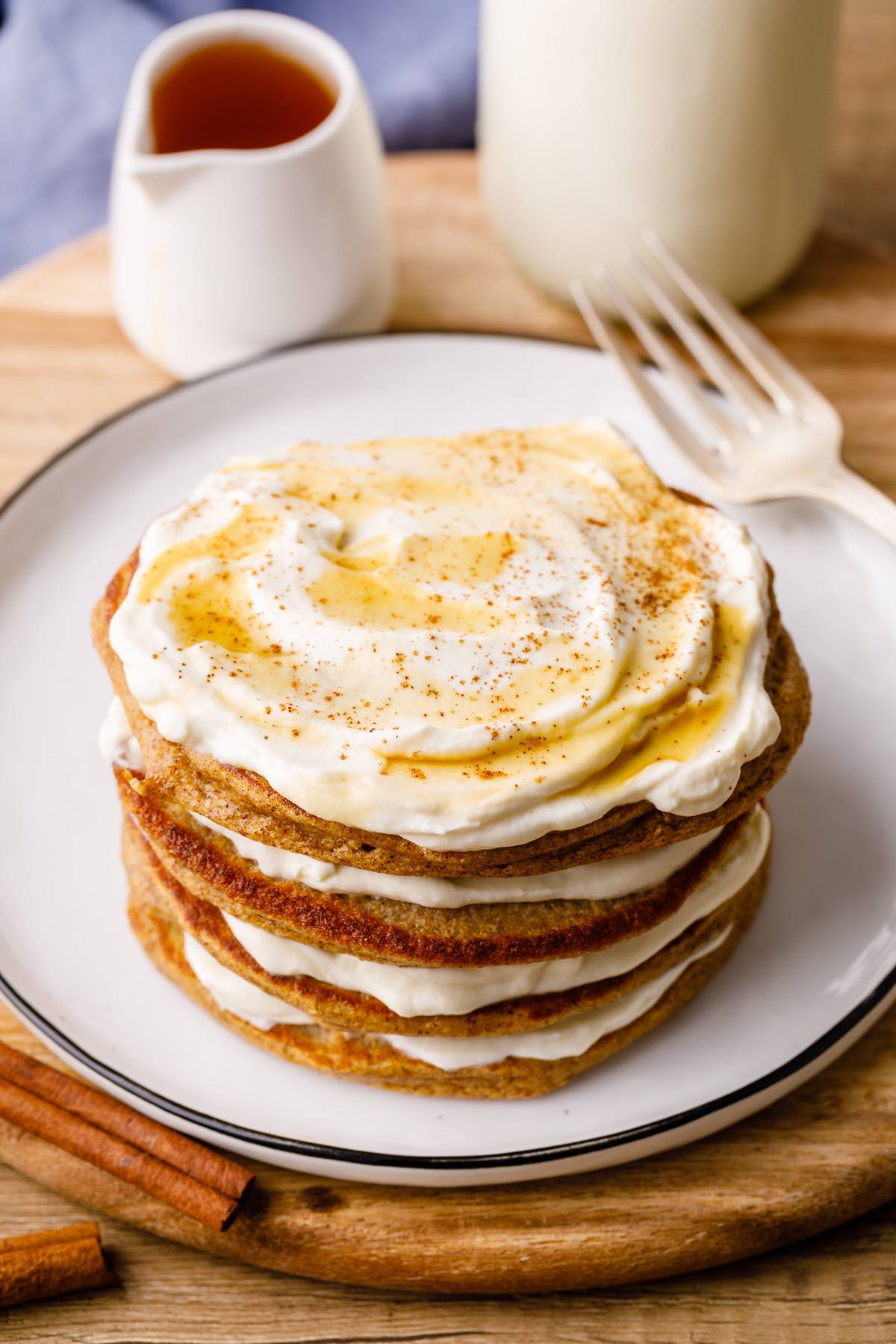 Can I Freeze These Keto Pancakes for Later?

In the unlikely event that you somehow have cinnamon roll pancakes leftovers after making this recipe, you’ll be happy to know that they’re quite easy to freeze to enjoy later on.

You’ll first want to make sure your pancakes have cooled completely before freezing them. You can then simply stack them inside a freezer-safe bag with pieces of parchment paper in between each pancake to prevent them from sticking.

You’ll be able to store these pancakes for up to one month in the freezer like this. 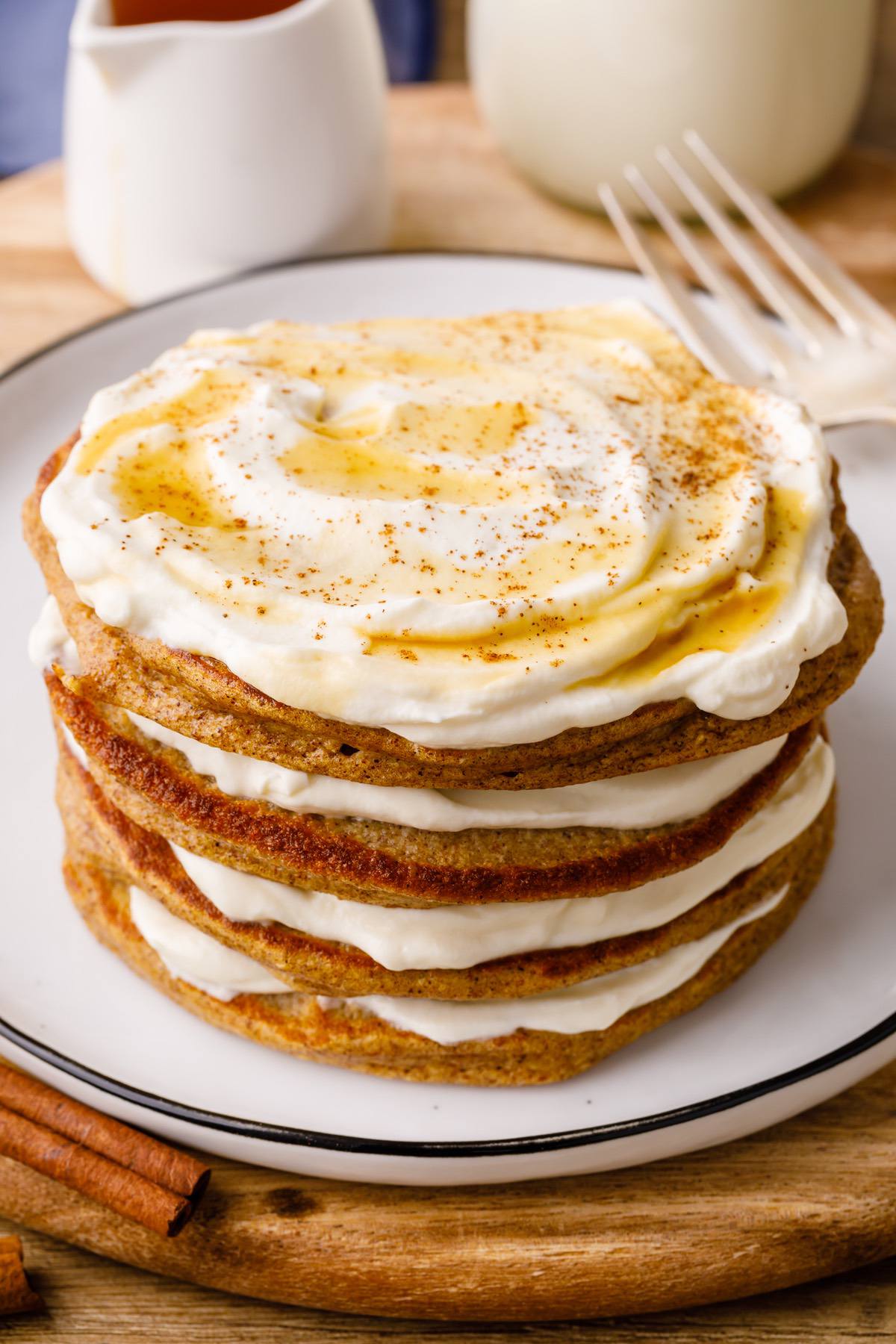 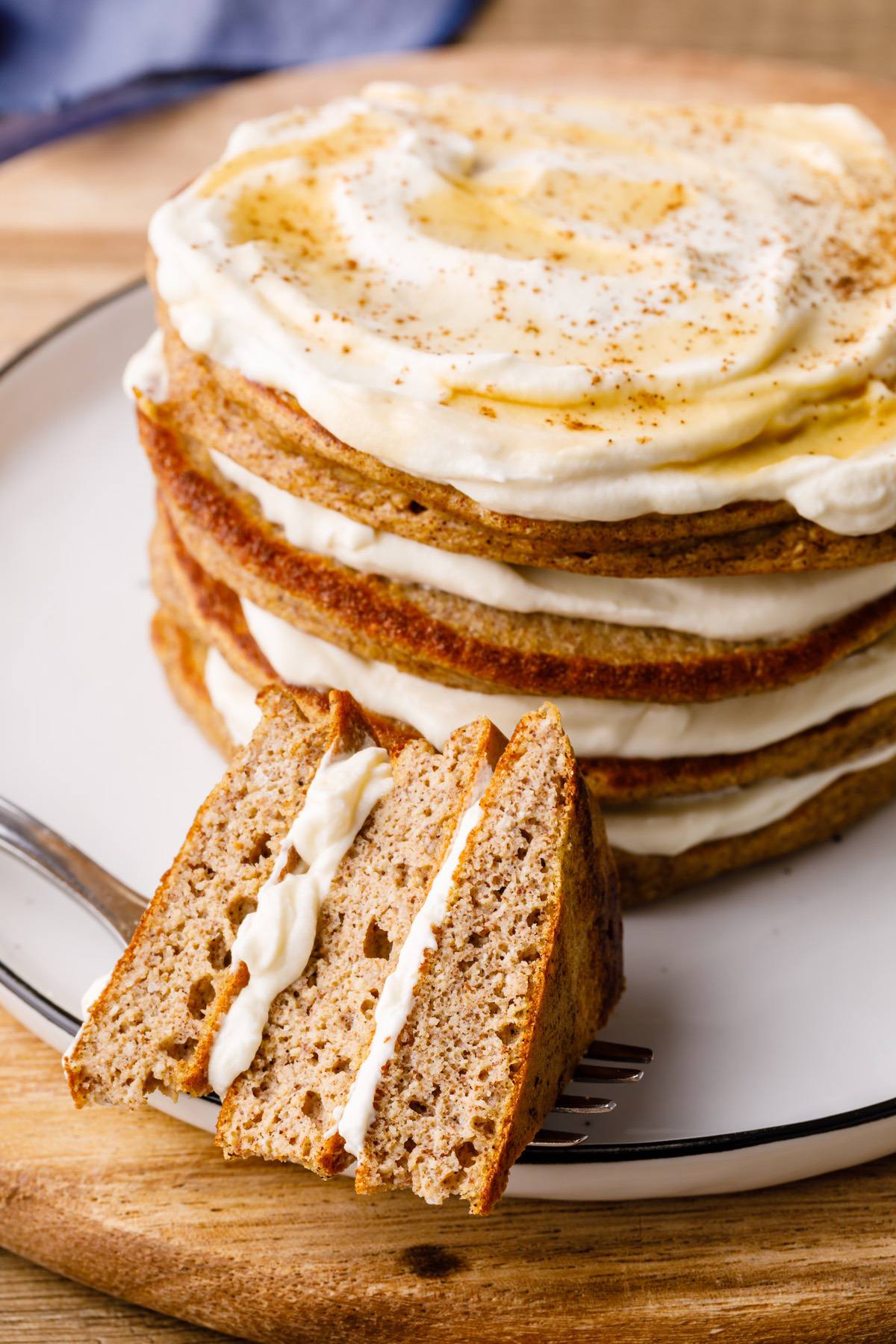 (You may also like: Gooey (And Fluffy) Keto Cinnamon Rolls with Cream Cheese Icing) 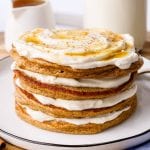