Recently I gave my kids a new type of healthy chip that I had made to try out. I was very curious to see their initial reactions and much to my relief, they absolutely loved them. When they asked me what the chips were made out of it, they were completely shocked at the answer. They were zucchini chips! Indeed, my two kids who usually don’t want anything to do with green veggies absolutely loved these homemade zesty keto zucchini chips. I love making them because they’re oh so easy to prepare as well. It only takes three simple ingredients to make a 100% healthy chip snack that your kids will love.

Zucchini is quite similar to cauliflower in that it’s an incredibly low carb vegetable to use when making keto-friendly meals and snacks. It can be used as an alternative to other more high carb ingredients for making all kinds of tasty treats, such as replacing noodles to make keto “pasta”, making tasty chocolate bread, and of course, these crowd pleasing chips. Zucchini is also incredibly nutrient-dense, providing potent amounts of four cancer-fighting antioxidants (lutein, beta-carotene, zeaxanthin, and dehydroascorbic acid). (1)

To slice your zucchini into the thin slices you’ll need to make this chip recipe, I recommend using a mandoline slicer to quickly and effortlessly get the job done. I’ve been using a 5-blade mandoline slicer made by Mueller that I recently picked up and I’ve had zero problems with it — it’s easy to use and it’s definitely a high quality piece of equipment. If you don’t already own a mandoline slicer, you can click here to purchase it. 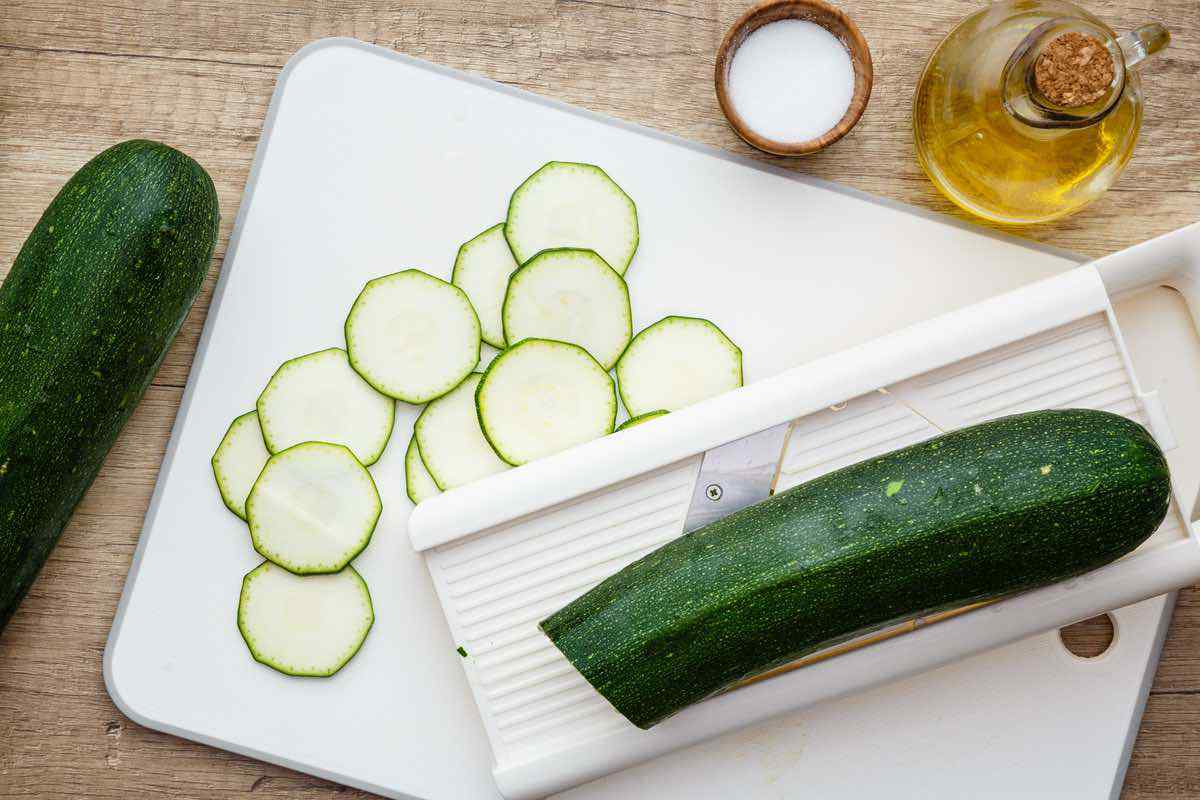 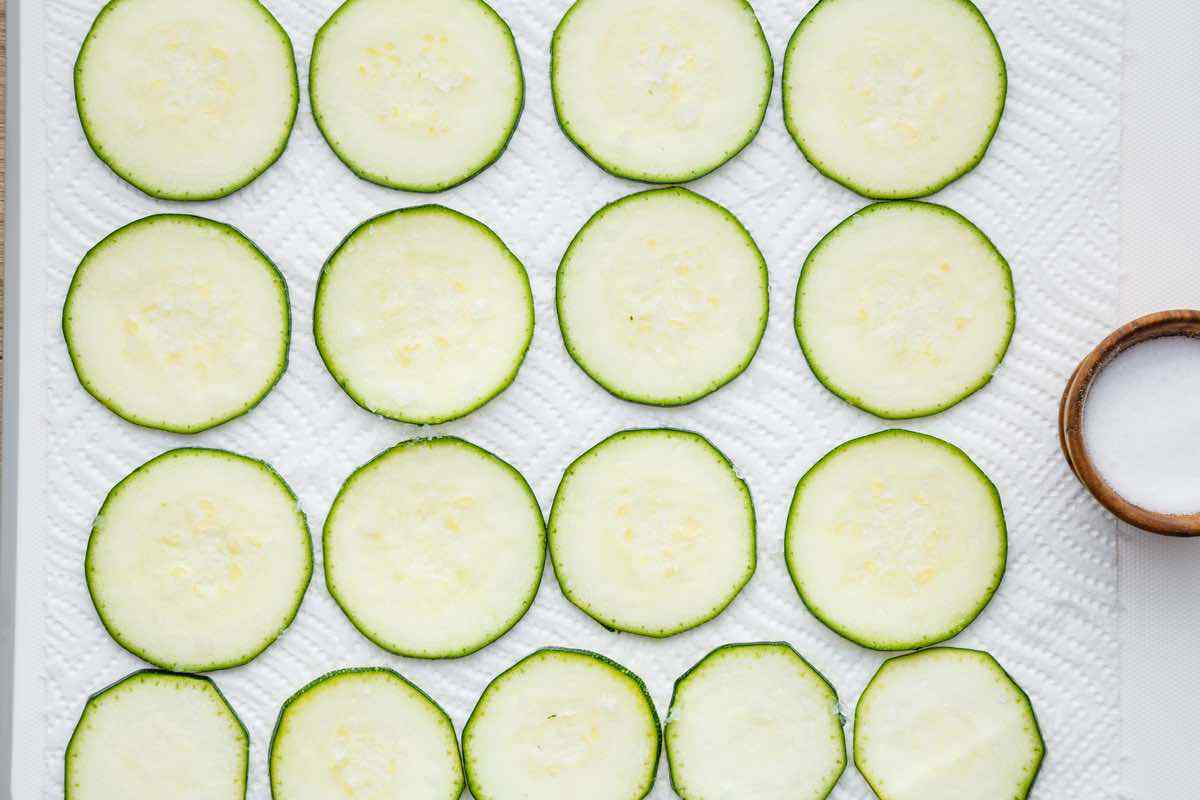 After slicing your zucchini into thin slices, place the slices onto a piece of paper towel and sprinkle them with a bit of sea salt before letting them sit for about 10 minutes. For years, salt and sodium have gotten a bad rap, being blamed for the rising rates of hypertension across the glove. However, according to the Scientific American, these claims have little basis in science (2), and indeed, one study found that natural sea salt consumption actually resulted in protection against hypertension and kidney damage. (3) 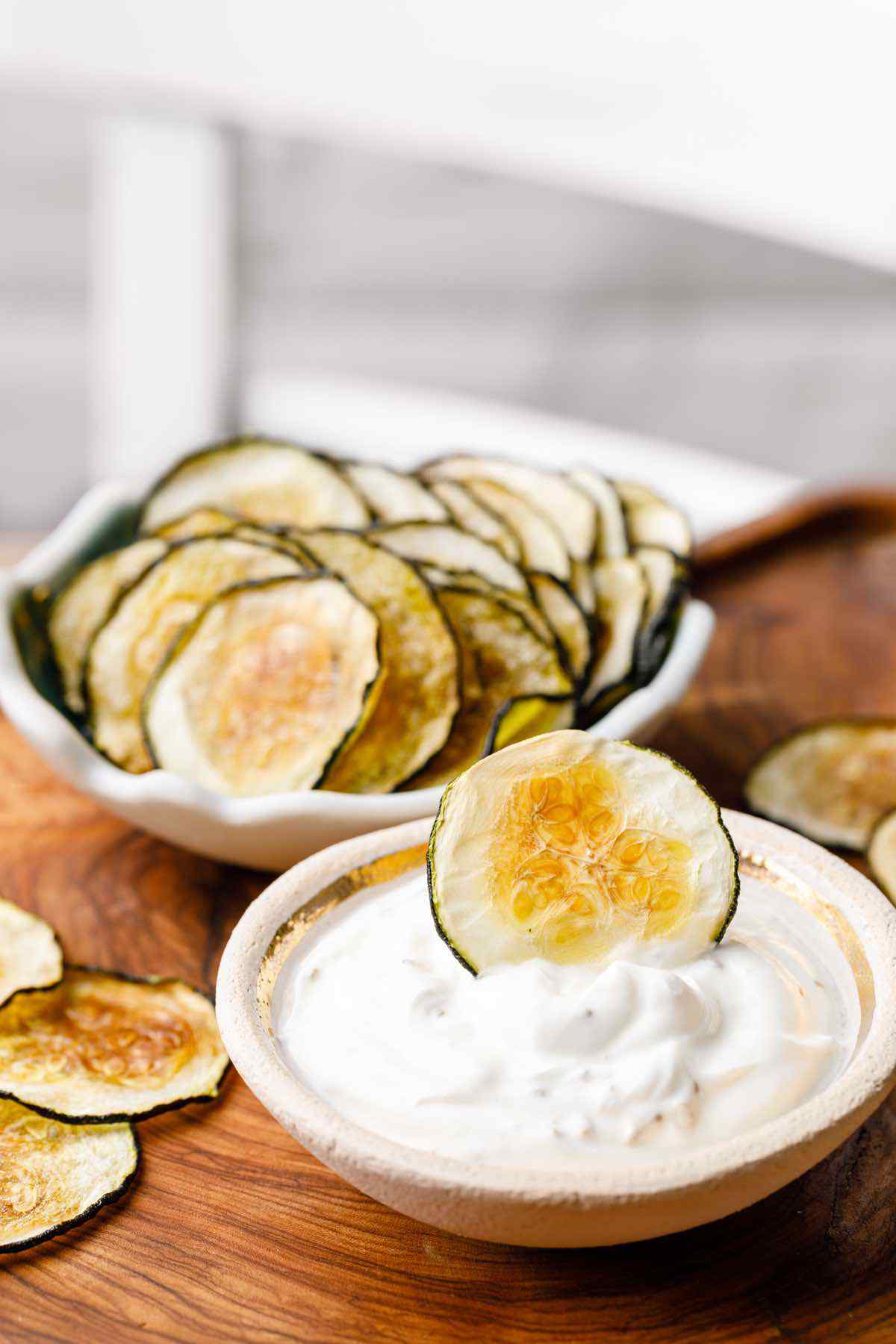 You can remove any excess liquid from the zucchini slices using paper towels, and then spread them in a single layer on your baking sheet. Before throwing them in the oven, brush them with a bit of extra virgin olive oil. Using olive oil not only adds an abundance of heart healthy monounsaturated fats that help to lower your risk of cardiovascular disease, but there’s also mounting evidence to suggest that it may help to prevent cancer as well. (4) After brushing them with the olive oil, bake the zucchini chips for between 45-60 minutes, until they’ve got a nice golden color with a crispy texture.

I’m certain that you’re going to be just as shocked as my kids were that you can make such a great tasting snack with nothing but zucchini, sea salt, and olive oil. 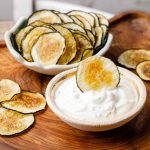