Whenever I used to order a pizza years ago, I was always the one who would order double or even triple pepperoni for my toppings. What I mean to say is that I definitely am one of the biggest pepperoni lovers that you will ever see. So it should come as no surprise to anyone that I simply adore the recipe that I’m about to share with you guys. I’m going to show you how to make the best keto pepperoni chips that you’ll ever try, guaranteed. Don’t worry. It’s actually super easy to do so as you’ll see in a moment. That’s part of the reason that I love this recipe so much. It’s not just my obvious love of pepperoni. It’s the fact that it’s incredibly simple to make, requiring only about 10 minutes of time to make some truly tasty pepperoni chips.

I’ll definitely be the first to admit that as much as I love to eat pepperoni, it’s probably another one of those things that is best enjoyed in moderation. Not that there’s anything wrong with that — many of the best things in life are the same way. The reason why I say that is because the jury is still out on whether the preservatives used in pepperoni are harmful for your health or not. In the recent past, people would automatically think that preservatives found in pepperoni like sodium nitrite were bad for you and could potentially cause cancer.

However, things aren’t quite so clear cut. The average person will actually consume most of their nitrite from foods like spinach and lettuce. Not exactly what you would classify as unhealthy foods. (1) And while it can indeed be quite toxic, this is only the case when it’s consumed in large amounts. The evidence for nitrite preservatives being safe to consume is mounting, but until there’s more conclusive research, it’s best to play it safe and opt for moderation when eating lunch meats like pepperoni. 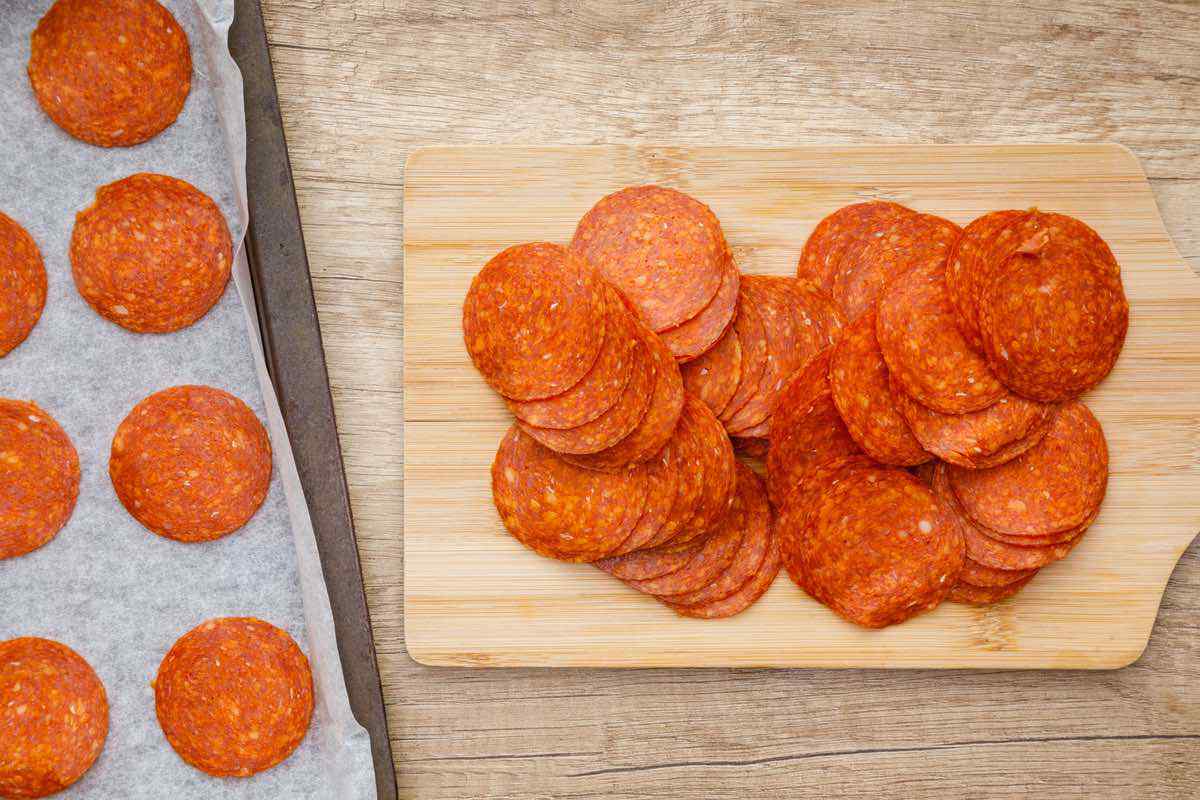 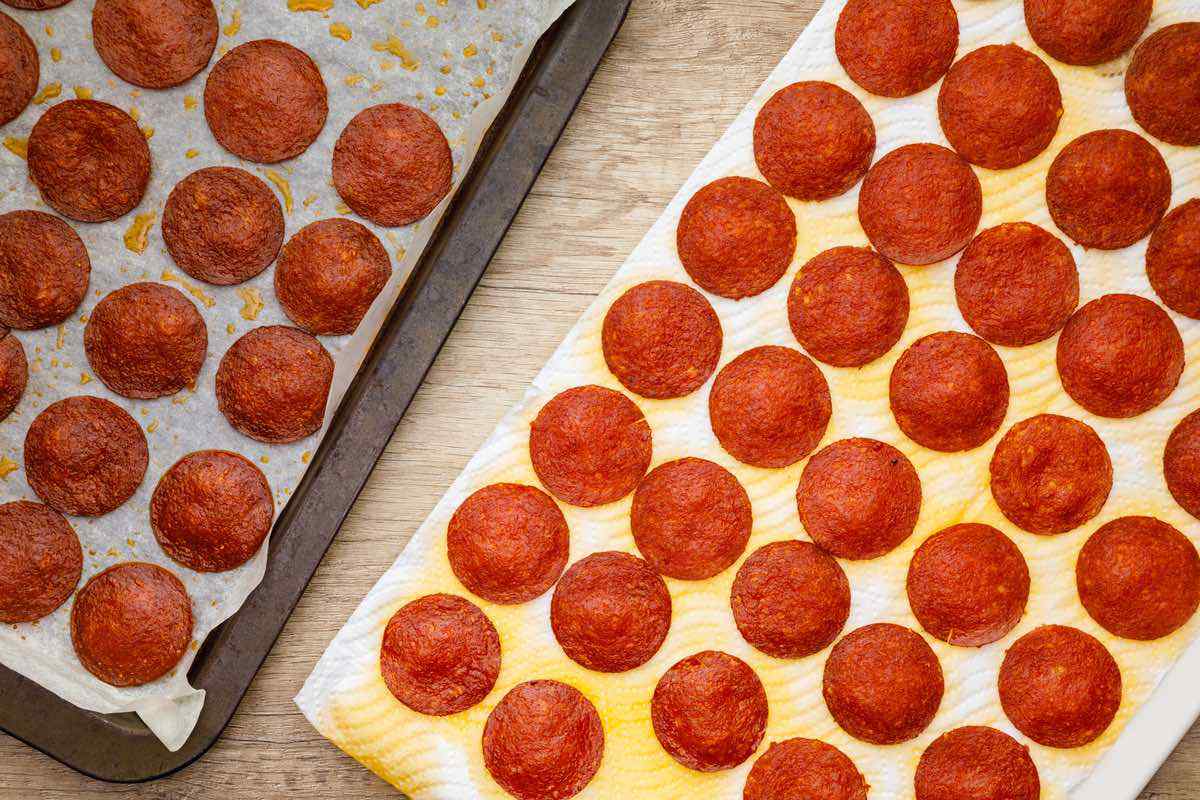 With all of that being said, when enjoying your pepperoni in moderation, there aren’t very many ways to do so that are as tasty as this chip recipe. All you have to do is get a baking sheet and line your pepperoni on it in a single layer. Bake them for about eight minutes or until they’re nice and crispy. Use some paper towel to absorb any excess grease, and that’s really all there is to making these pepperoni chips. Nice and easy! 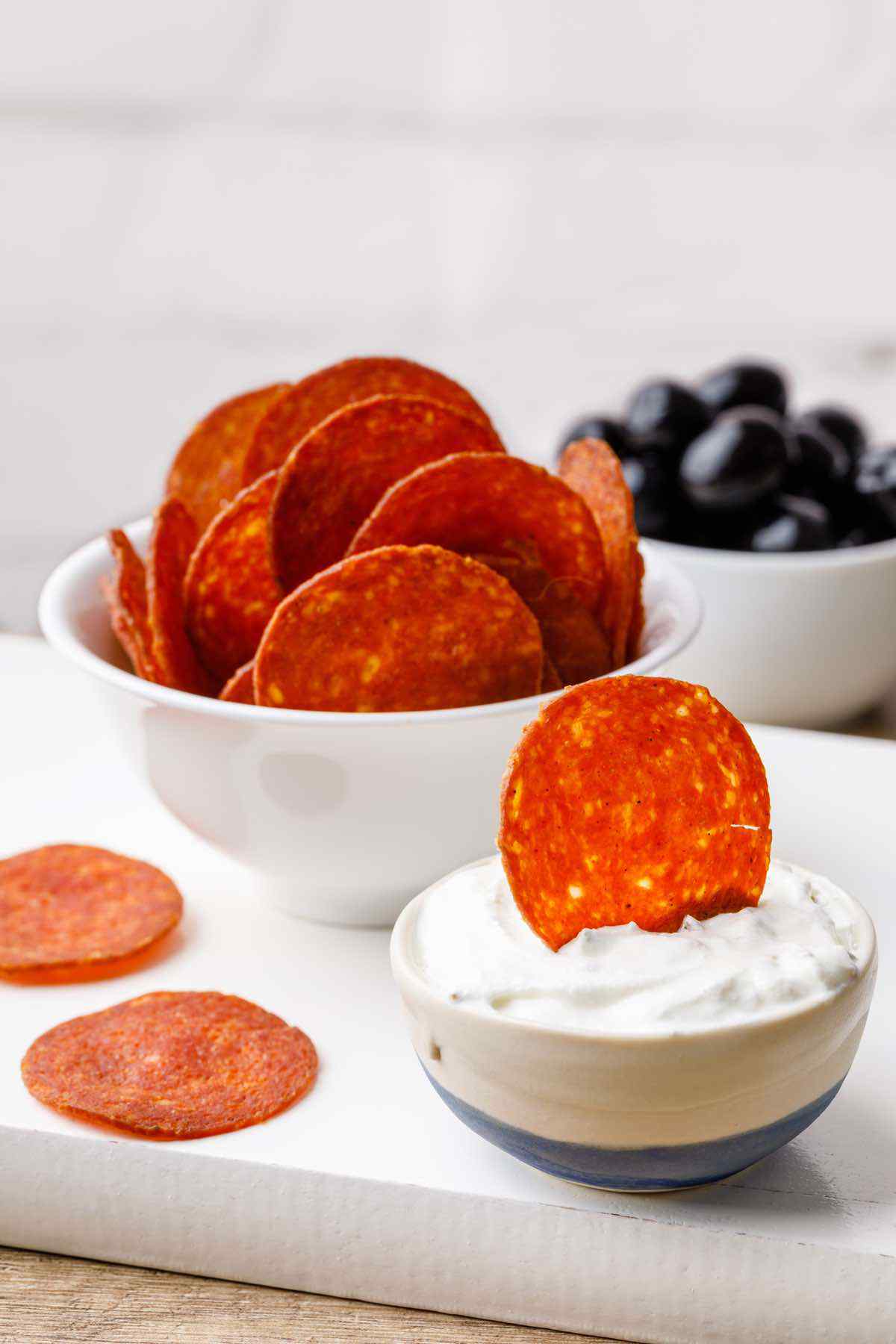 As for dips to serve with your pepperoni chips, I’d recommend using either a keto approved honey mustard dipping sauce or even some sort of hot sauce if you’d prefer to enjoy a spicier snack. 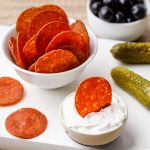