You wouldn’t believe how incredibly easy it is to make a no churn keto style ice cream. I was a little bit skeptical at first as well, but then I tried this recipe for the first time. This makes what is without a doubt the easiest no churn keto ice cream ever. I’m serious. You’re only going to need four simple ingredients to prepare this recipe. Each and every one of those four ingredients is perfect for ketogenic dieters. You’ve got some heavy whipping cream for the fat content, vanilla extract for the flavor, Stevia as a zero calorie sweetening option, and another keto staple in the form of cream cheese to add even more fats.

No Churn, No Problem

Let’s take a closer look at each one of the ingredients that go into making this no churn ice cream to give you a better understanding of why they have each been chosen.

First up is the heavy whipping cream. When I first started my keto diet, I stocked up on this stuff. It’s seriously great for so many different keto recipes; everything from coffee to desserts can put it to good use. For this ice cream, it obviously adds a significant number of calories, with nearly all of them coming from fats. Even if you disregard the higher fat content available in a heavy whipping cream as opposed to a regular whipping cream, it just works better for baking anyway. It’s much easier to whip and it’s able to maintain its texture for a lot longer. Both of those factors are extremely useful for making ice cream. 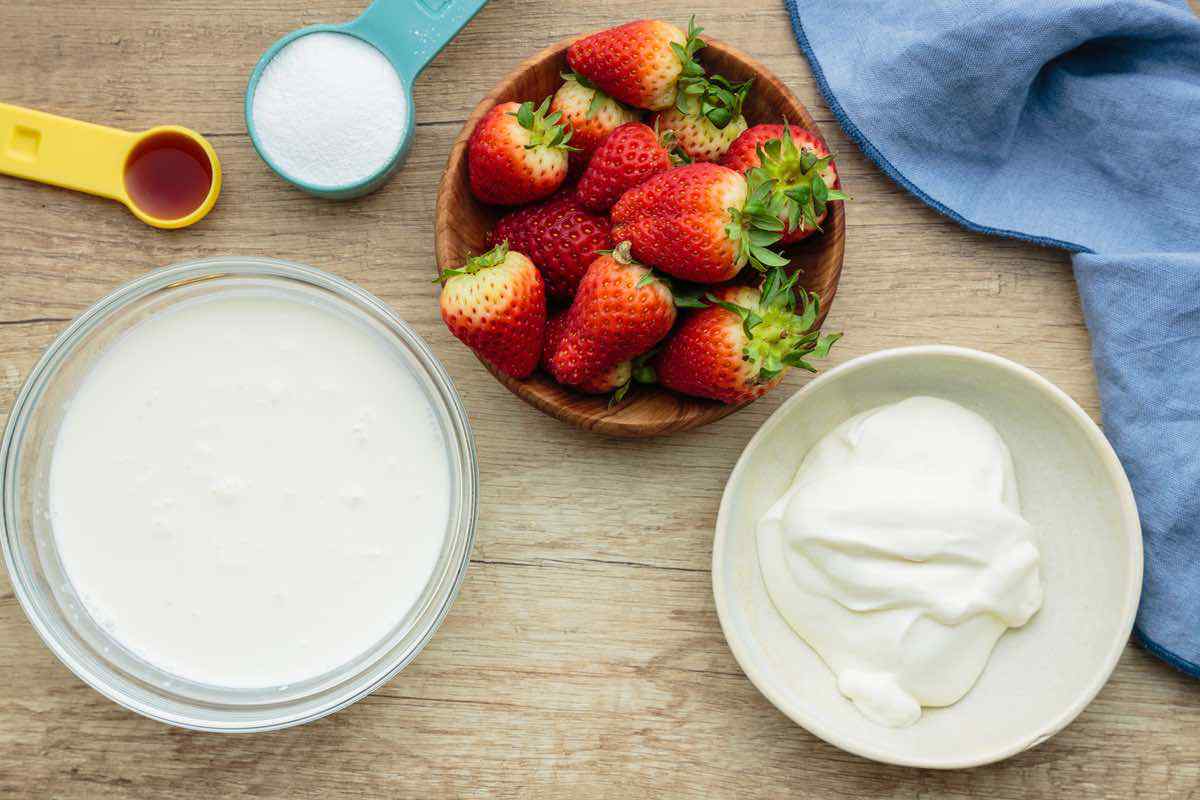 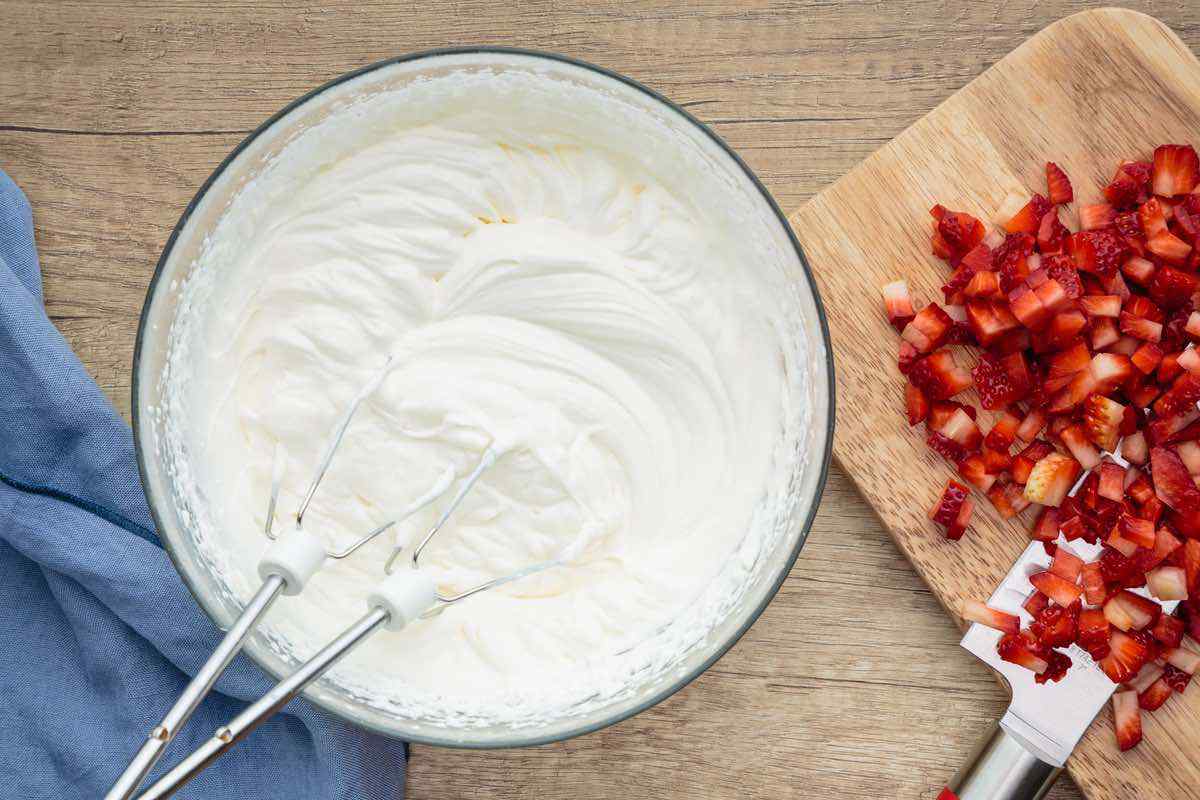 Next up, the ice cream also adds a couple of teaspoons of pure vanilla extract which adds plenty of flavor to the recipe. Other than that though, there’s actually a pretty great health benefit to be gained that everyone can benefit from, not just people in keto. Studies have indicated that natural vanilla extract actually has quite a lot of disease-fighting antioxidant activity. (1) 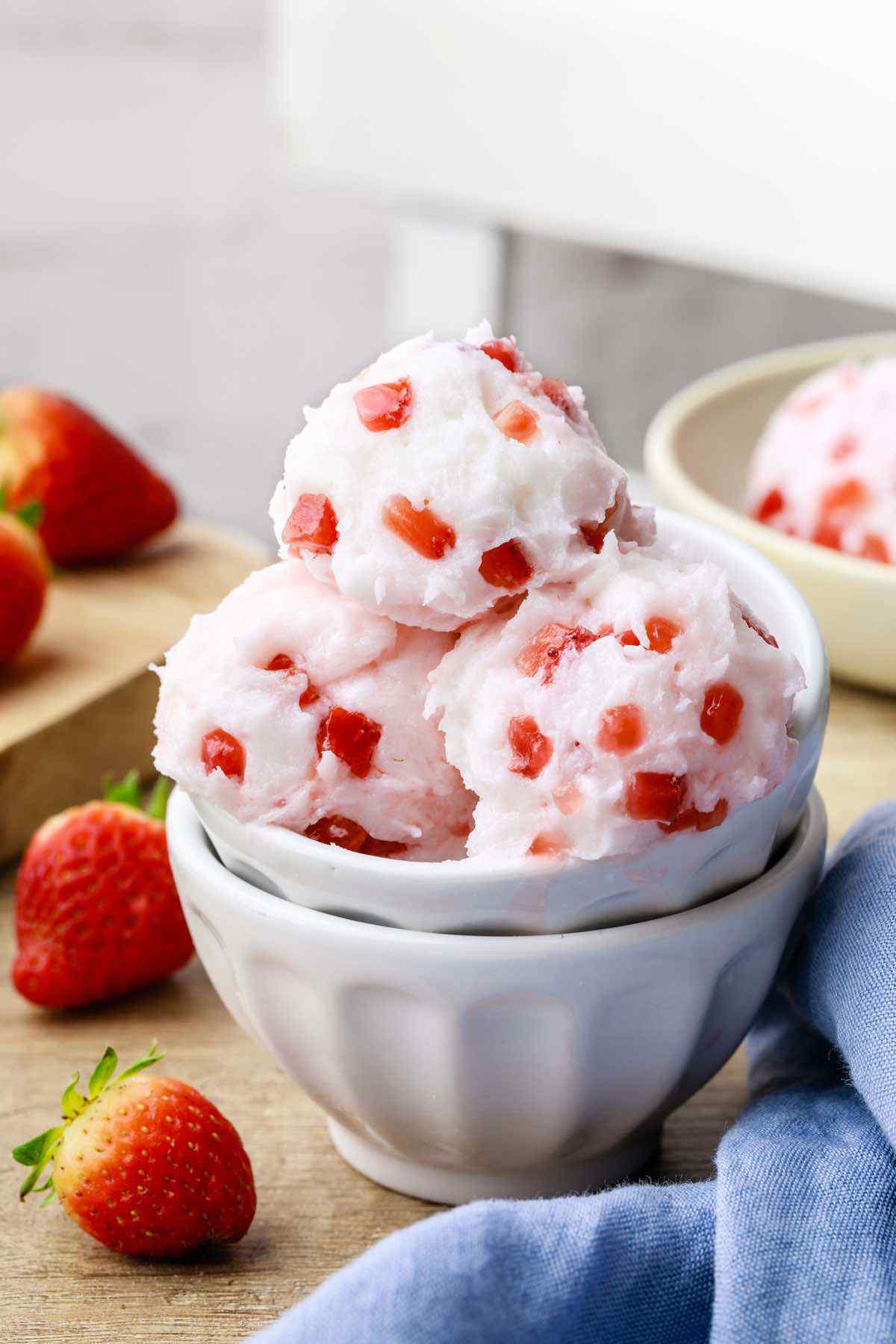 In order to sweeten your ice cream, you will want to add some type of low carb granulated sweetener. I personally prefer to use stevia for a variety of reasons. It’s naturally extracted from the leaf of the stevia plant, it contains no calories, and I just like the taste it provides compared to other low calorie artificial sweeteners. Plus you don’t need to use nearly as much of it compared to refined table sugars — in its natural format, it’s actually 100-300 times sweeter than table sugar. (2) All of these reasons combine to make it the ideal sweetener choice for anyone following a keto style low carb diet.

Last but not least, this recipe calls for eight ounces of softened cream cheese. Just like the heavy whipping cream, this ingredient is a rather common staple for many people who are following a keto diet. It hits the keto trifecta: a ton of fats, a moderate amount of protein, and minimal carbs. When combined with the whipped cream, it also helps to give your ice cream its rich, silky texture, which is essential since it won’t be churned at all.

To make the ice cream, simply mix together the above four ingredients until they are well combined. Then pour the mixture into a container, seal it, and freeze it for at least four hours. When the ice cream has set, you’ll want to thaw it out for about 10 minutes or so before serving. I like to add strawberries on top when serving, but you could probably mix the fruit into the ice cream before chilling.

There you have it! One easy-to-make and incredibly tasty keto ice cream with absolutely no churning required. 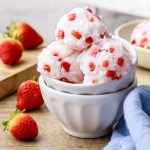