I’m going to be sharing a keto dessert recipe with you guys today that needs to immediately go to the very top of your ‘must try’ list. I know, I probably say that a lot but what can I say? I wouldn’t share it if it’s not absolutely fantastic, and this keto creme brulee is no exception.

This no-fuss keto creme brulee is the very definition of creamy and decadent. You’re honestly not going to be able to believe that it’s 100% keto friendly and sugar free. It’s oh so easy to make as well since it only requires four simple ingredients.

The very first time that I made this creme brulee, I had no idea how quickly it would basically become my one and only go to keto dessert. I’m not joking, this was the only dessert I made for like three weeks straight. 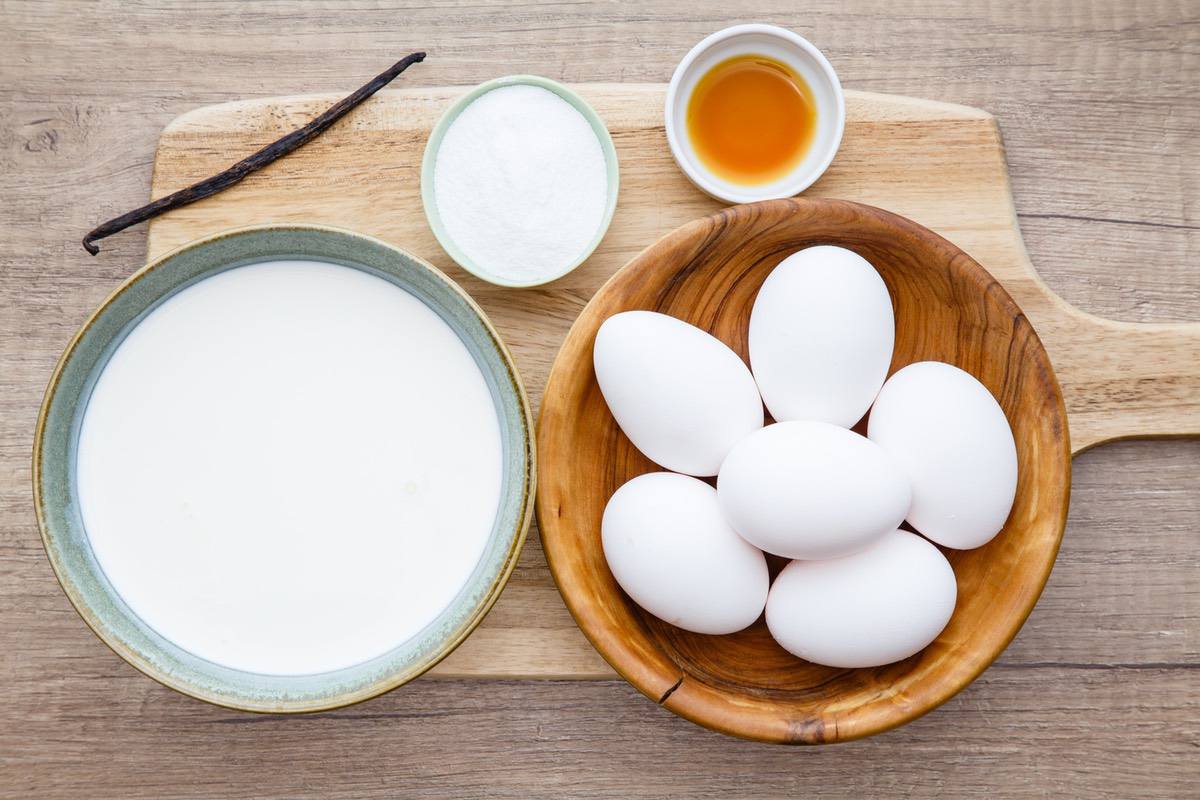 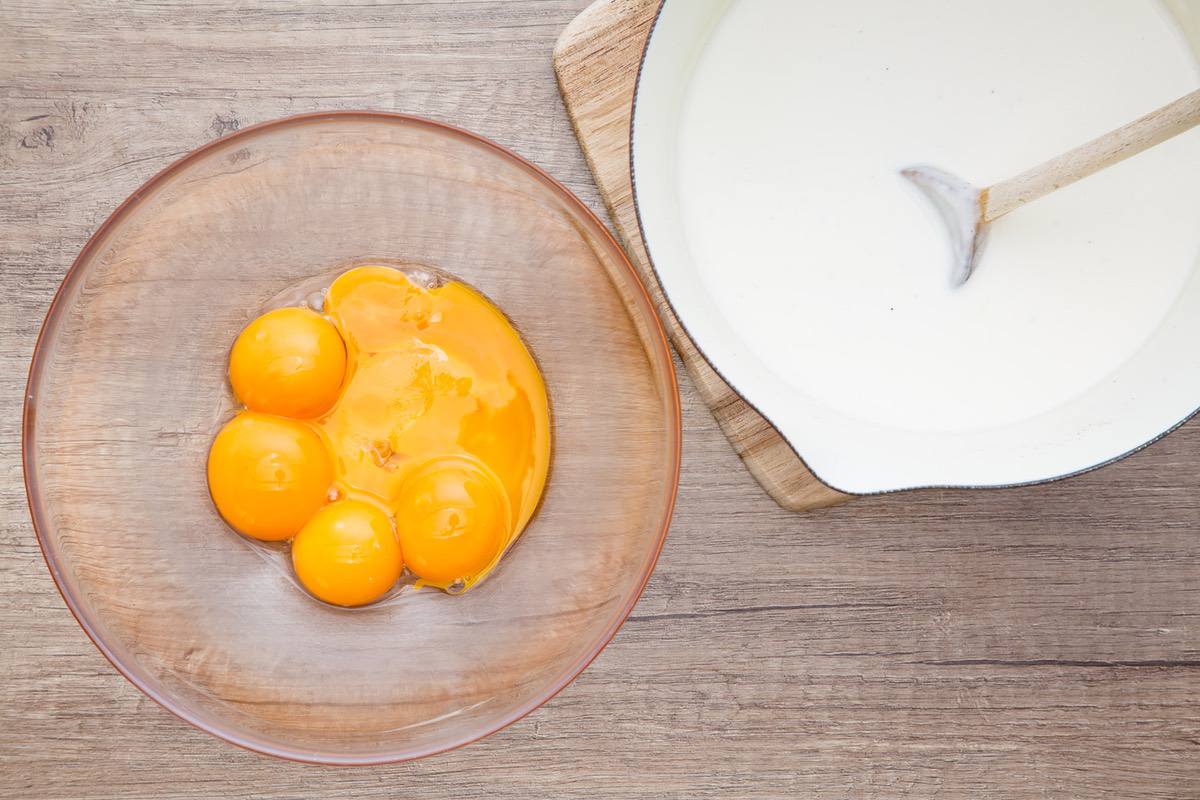 First you’ll need to preheat your oven to 325°F and then get out a small saucepan. Add in the heavy cream, vanilla seeds, and vanilla pod and bring to a boil over medium heat. You can then remove the saucepan from the heat, remove the vanilla pod, and set the sauce pan to the side.

Use Real Vanilla – It Makes A Difference!

As a side note, I love using a vanilla pod when making this creme brulee because not only does it add a delicious hint of vanilla flavoring, but it’s also actually surprisingly rich in disease fighting antioxidants as well. (1) 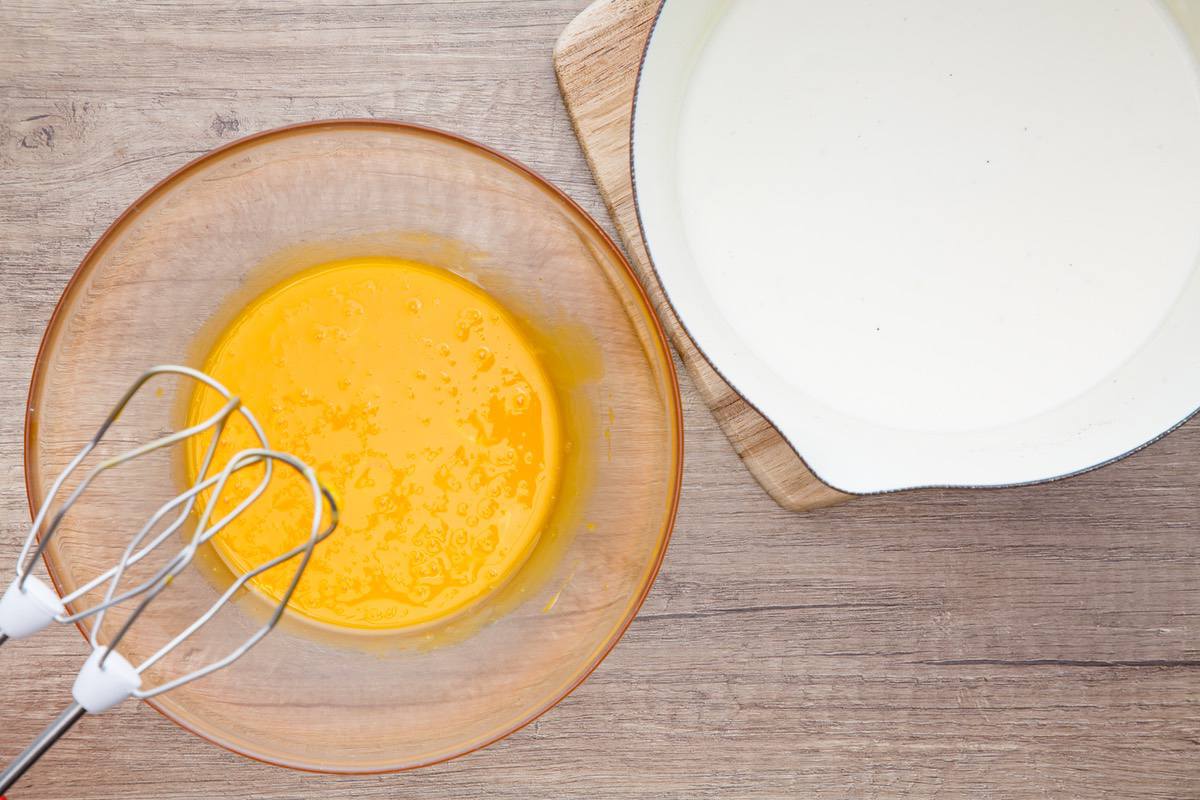 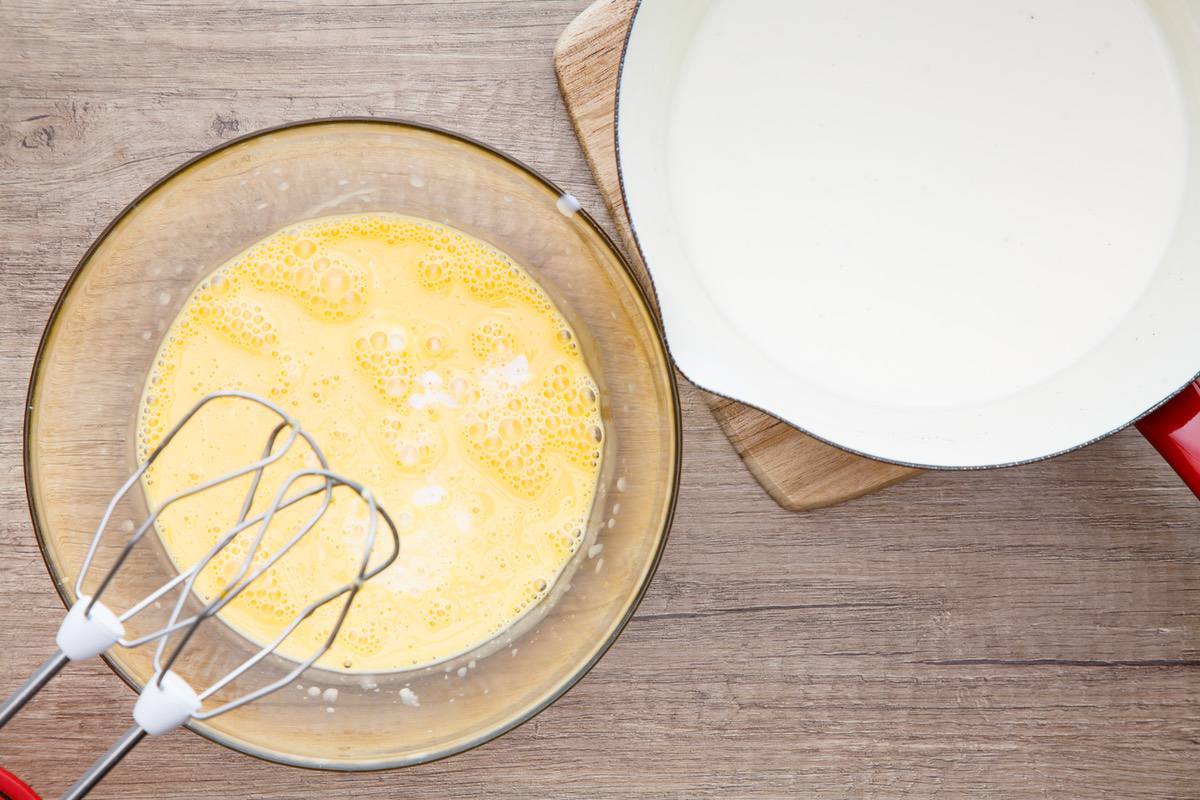 Next, grab a bowl and add in six large egg yolks, vanilla extract, and your preferred low carb granulated sweetener (I like to use Stevia). Beat these ingredients together until they form a light and fluffy mixture. Add the heavy cream into your egg mix, making sure to blend well. 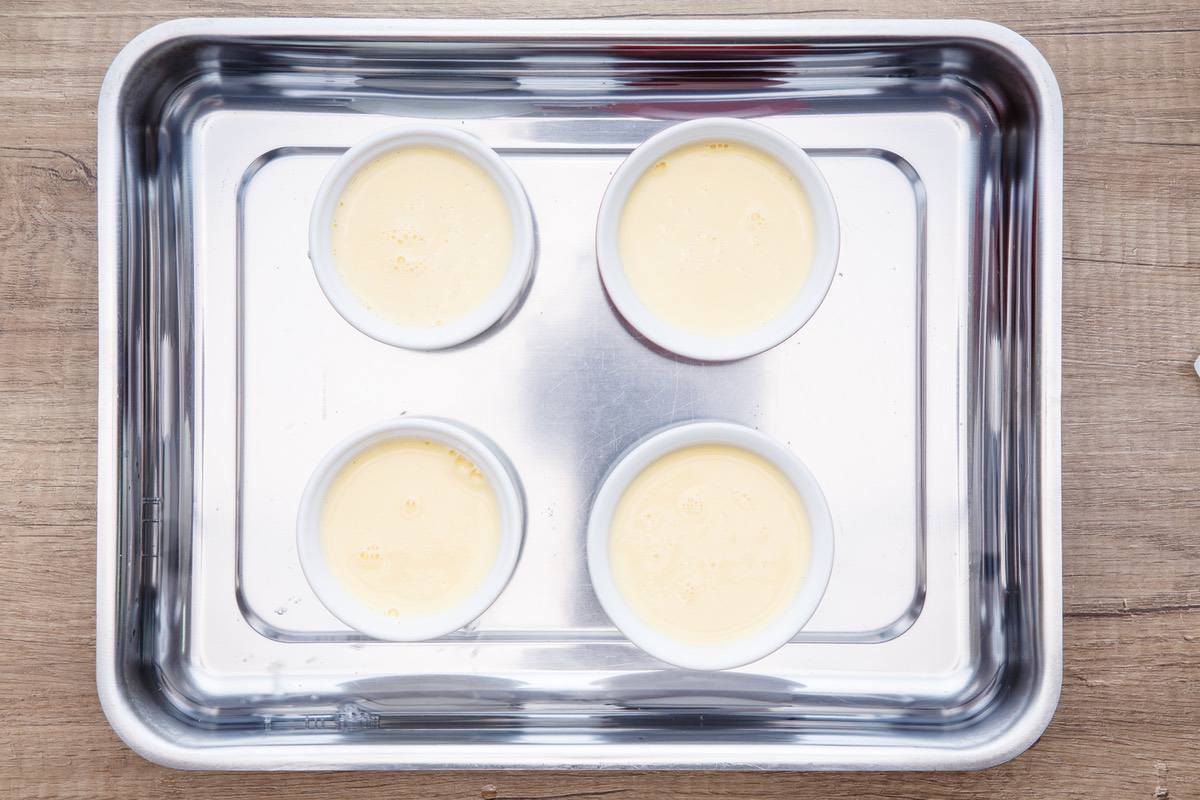 You’ll then need to butter up four ramekins and set them into a high sided roasting tray. Divide your mixture between the ramekins and then fill the tray up with hot water halfway up to the ramekins.

Bake for about 40-45 minutes in the oven. You know they’re done when the mixture has set but the centers are still slightly jiggly. Remove from the oven and let them cool off completely before covering each of them with plastic wrap and refrigerating for a minimum of two hours or up to three days. 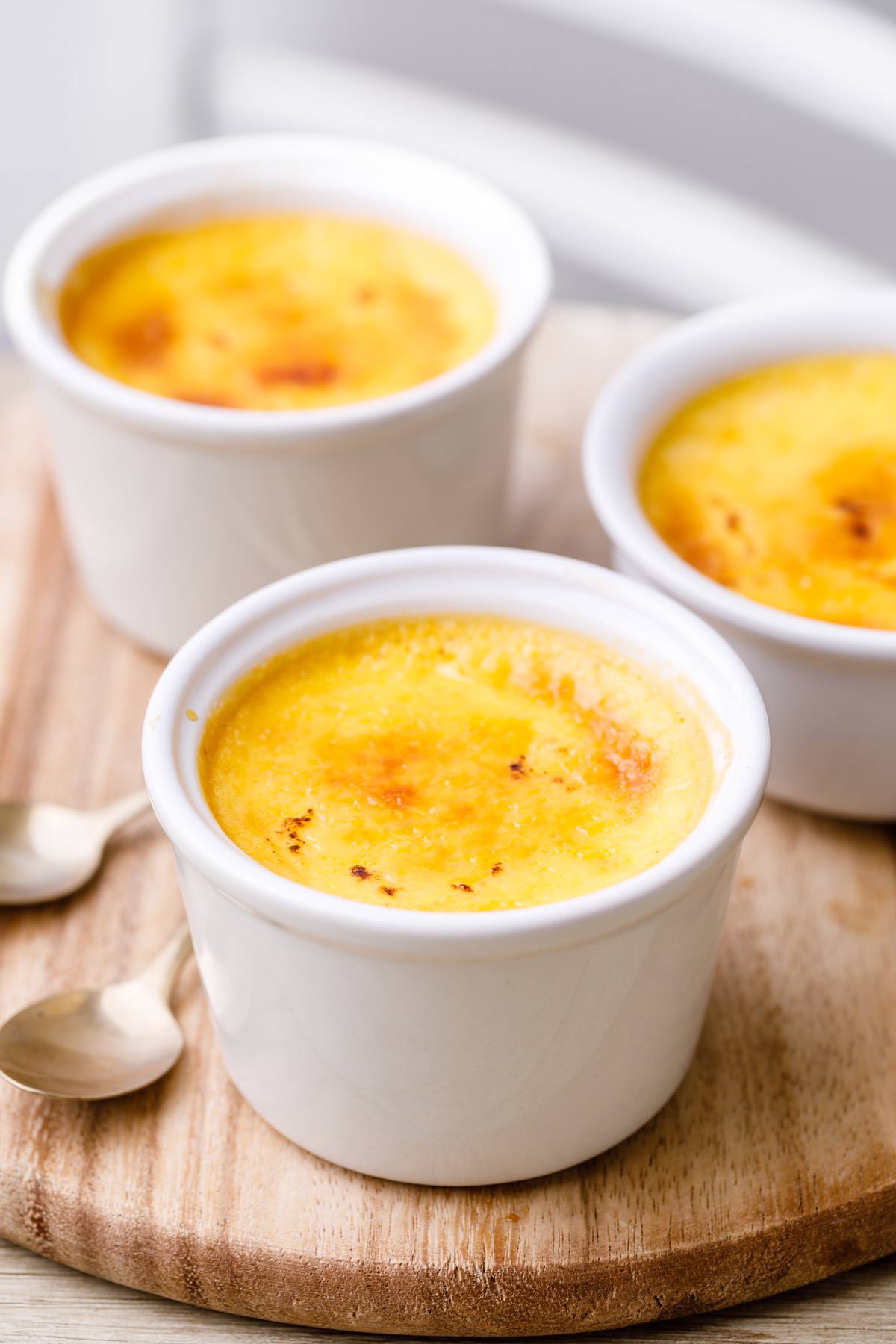 When you’re ready to serve, sprinkle each creme brulee with a single teaspoon of sweetener and then caramelize them using either a chef’s torch or a very hot grill!

Why Is My Creme Brulee Watery?

Watery creme brulee is most often caused by it being undercooked. The perfect baking time is once again when the mixture has set but is still moving in the center. It’s important to keep in mind that the creme brulee will still set a little bit more as it begins to cool off, but trust me, if it’s coming out of the oven already watery, then hoping for it to set when it cools off probably isn’t going to fix it.

Just be sure to keep an eye on your creme brulee as it bakes and you should be able to avoid this problem. 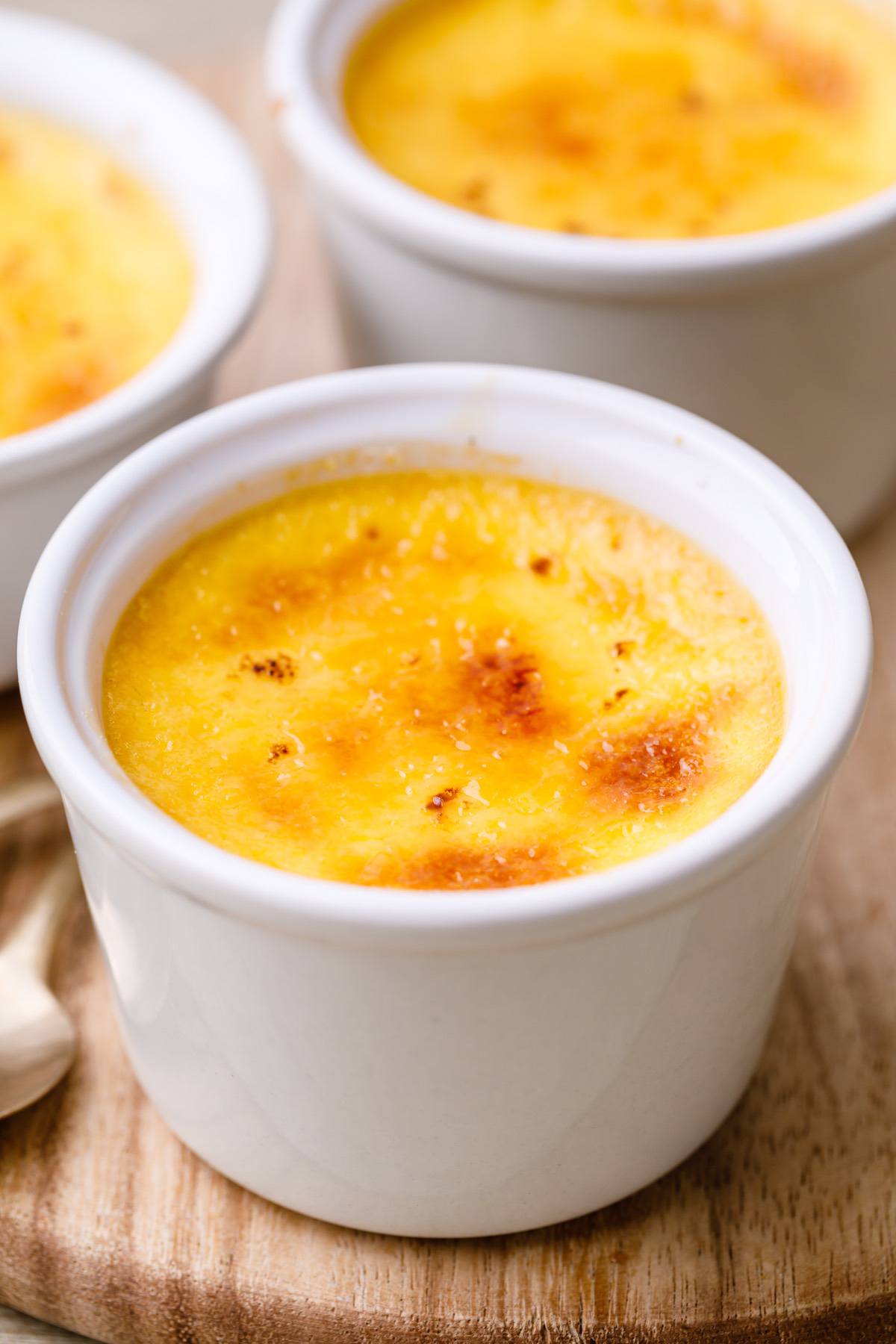 Should Creme Brulee Be Served Cold?

Yes, creme brulee should be served cold when you add the sweetener to the top that you will be torching. It will caramelize better with a nicer presentation if the creme brulee is cold. 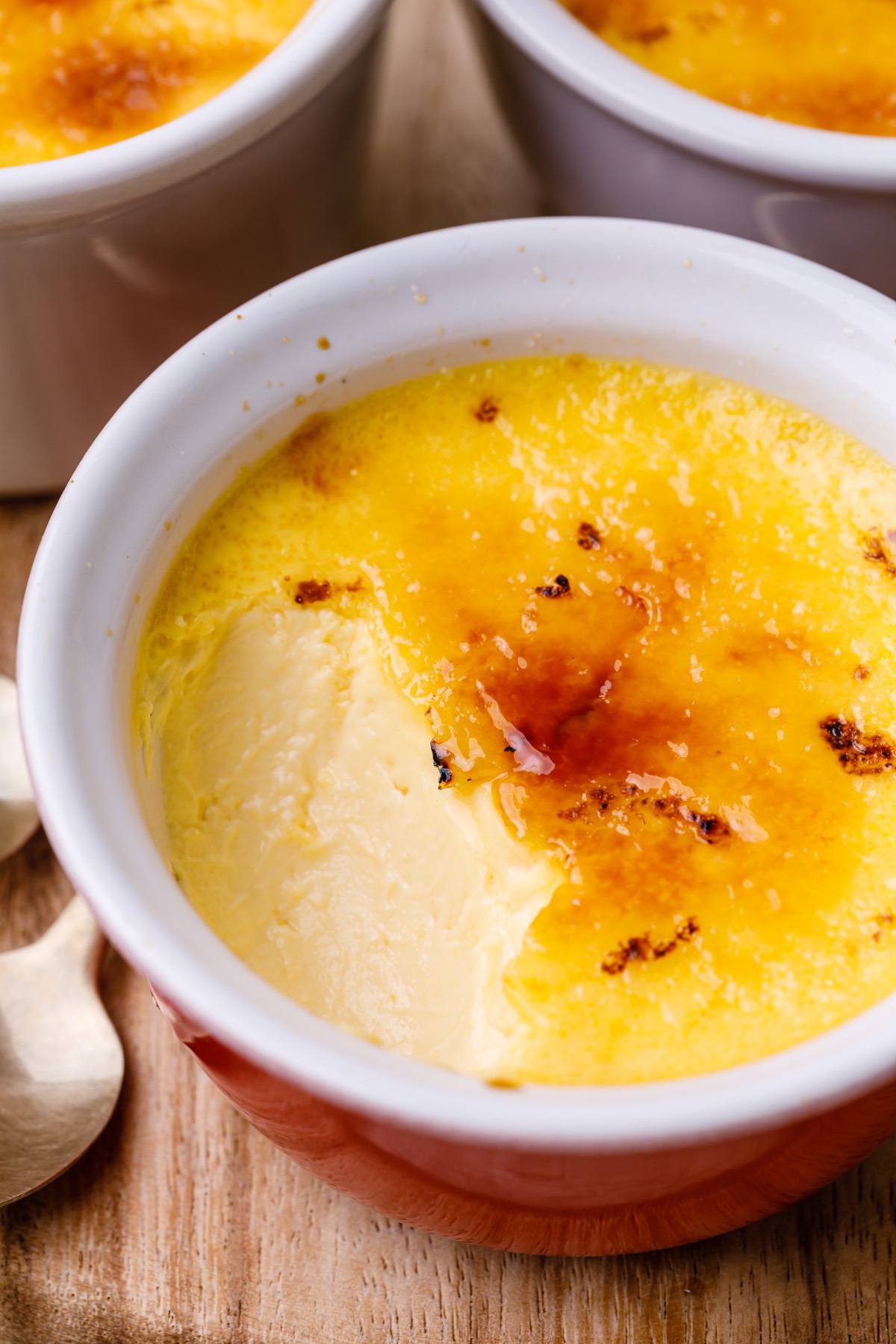 How Do I Know If My Creme Brulee Is Set?

Since it really is so important to nail the baking time when you’re making creme brulee, it bears repeating once more here: you’ll be able to tell that your creme brulee has properly set once the edges are set but the center still remains slightly wobbly.

Another way to check if your creme brulee has set is to insert a thin knife about one inch from the center and see if it comes out clean. If there’s still some of the mixture stuck to the blade, you’ll want to give your ramekins a minute or two more in the oven.

(You may also like: Quick (And Fluffy) Keto Dark Chocolate Mousse (with Whipped Cream)) 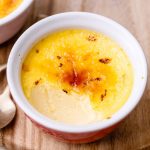