There are all kinds of classic soup recipes that I love to make, especially during the colder winter months. There’s just something comforting about sitting down to a warm and hearty bowl of soup. Cream of mushroom soup is one such classic that is actually quite easy to adapt a bit to make it more keto-friendly. In fact, by adding in a few extra ingredients to do so, you can actually improve upon the soup quite a bit by making it creamier and even more satisfying. All in all this homemade keto cream of mushroom soup is fantastic whether you are just enjoying it for a lunch meal or whether it’s served as a side option as part of a larger keto dinner.

You’re going to want to start out by melting some butter in a large pot over a medium heat. As always, I strongly recommend using grass fed butter whenever possible due to its higher vitamin and antioxidant content. If that’s not feasible for you, just make sure that you’re always using real butter; never margarine!

Once the butter has melted, add in the chopped onion. I usually combine mushrooms and onions when I’m making a steak, but even without any beef, they make for an amazing combo that creates one truly tasty soup. Not only does the onion add a slightly spicy hint to the soup, but some of the compounds found in onions have also been found to help lower your risk of developing certain kinds of cancers, such as stomach cancer. (1) 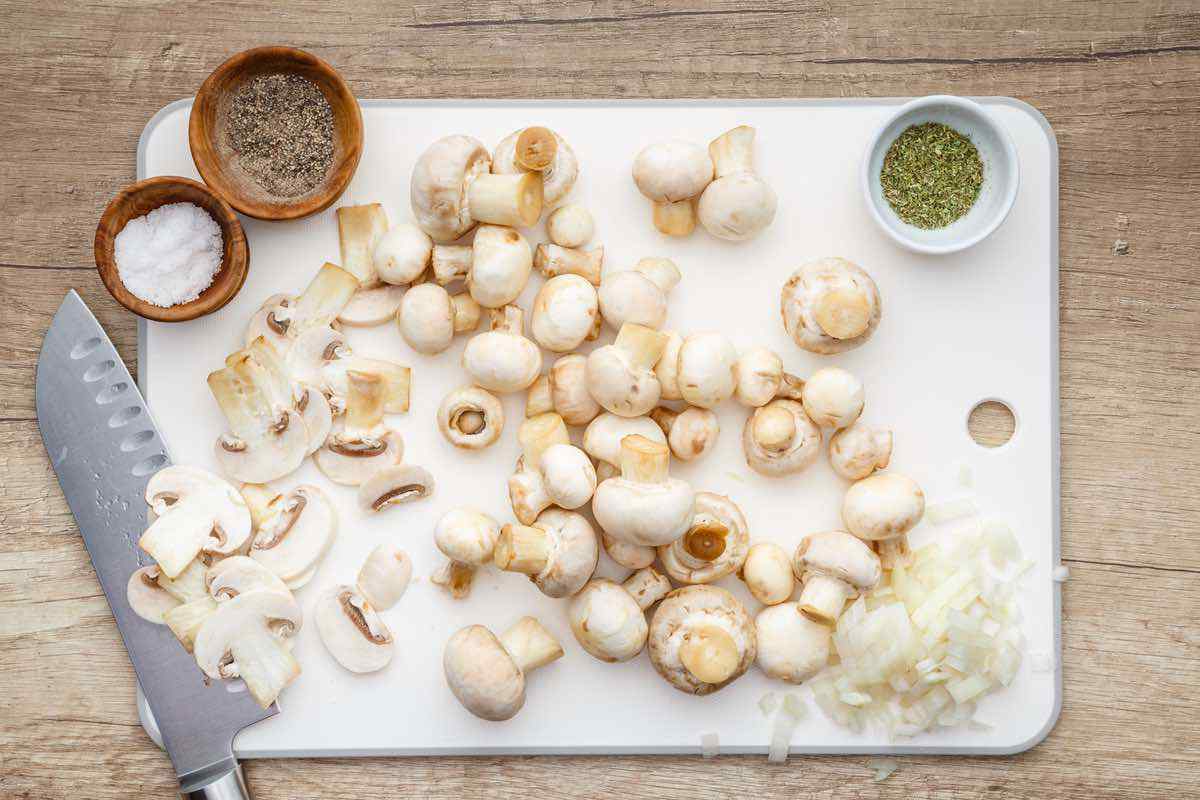 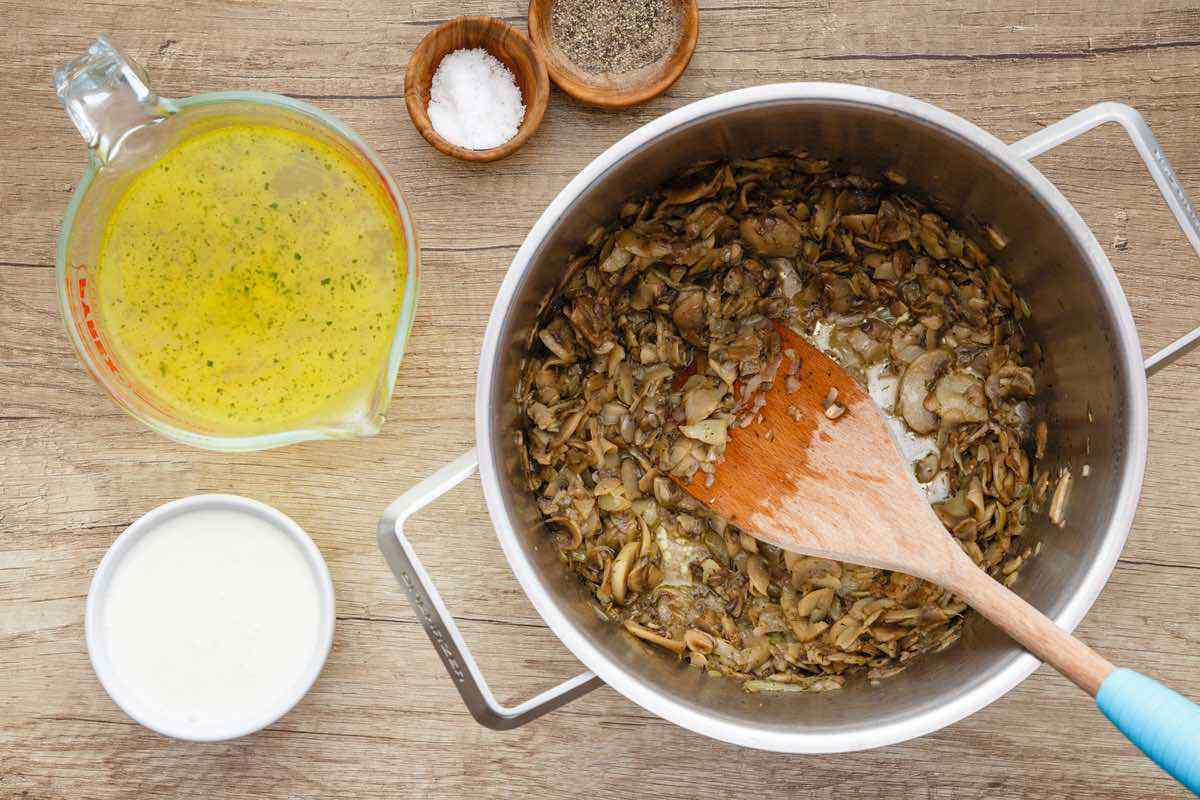 Mushrooms have also recently been found to possess certain anticancer benefits as well according to researchers. (2) It turns out the pairing of mushrooms and onions doesn’t just produce some incredibly good meals — they also work together wonderfully when it comes to helping prevent cancer. After adding in your mushrooms with the onion, you’ll want to cook them until they are tender and lightly browned. 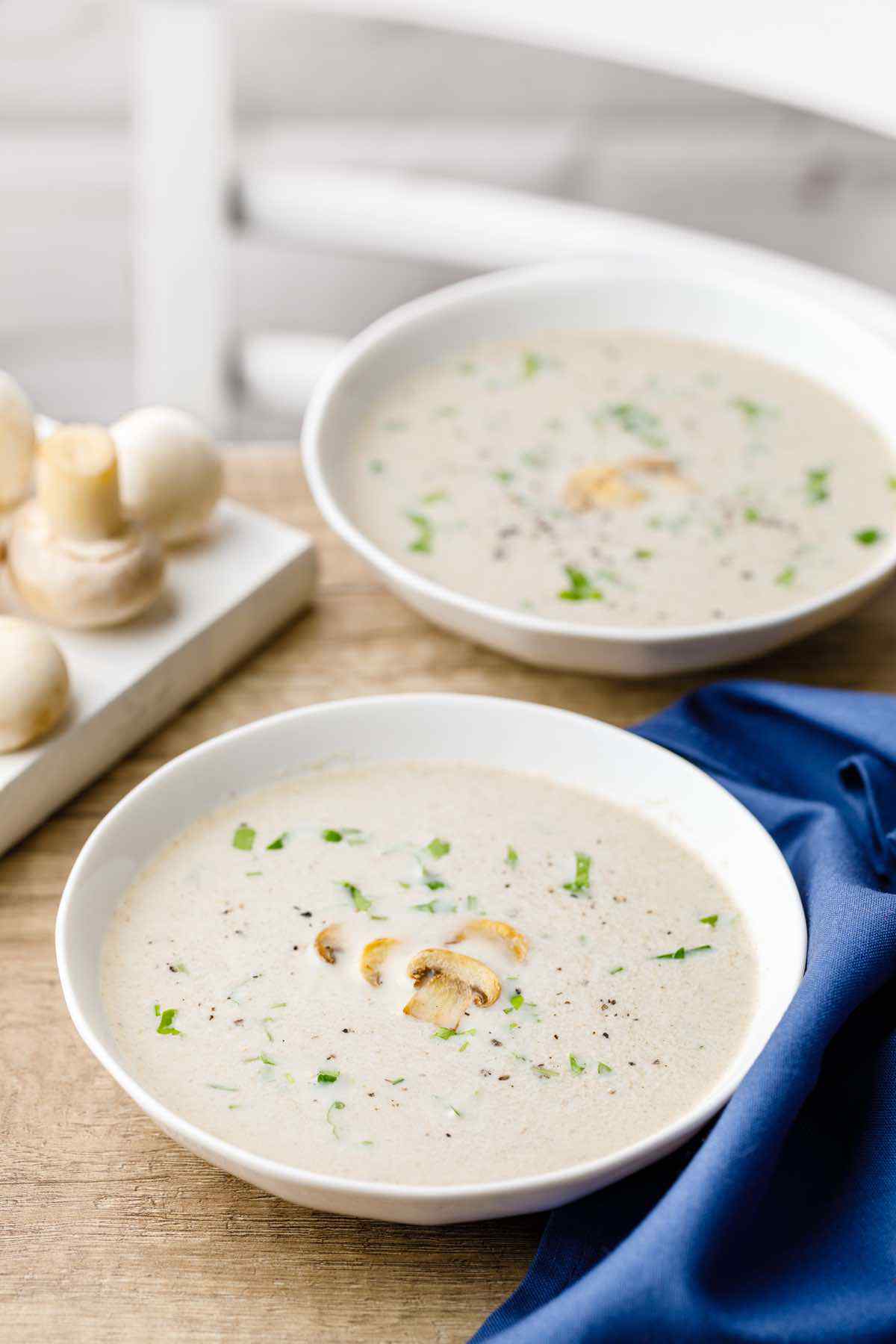 Adding in some homemade chicken broth along with dried thyme helps to further elevate the taste of your soup. The chicken broth is especially beneficial for helping to combat dehydration, which can be quite common for many individuals first starting a keto diet, as it’s great for replenishing lost electrolytes. After letting the soup simmer for 30 minutes, add it into an immersion blender and puree the mixture.

The only thing left to do now is to stir in the heavy cream. It’s the real secret to making this soup particularly good for keto dieters. It provides two awesome benefits for this recipe. The first is obviously the fact that it mixes in a solid amount of quality fats for your body to use as fuel. Secondly, when added into the mixture, it makes your cream of mushroom soup turn out, well, even creamier.

As with nearly all keto recipes, this homemade keto cream of mushroom soup turns out SO much better than any of the canned varieties I’ve tried before. It’s a nice low carb meal option that you can quickly put together for a warm and comforting meal. The addition of the heavy cream is the real genius of this recipe though, as it mixes in perfectly with regular cream of mushroom soup and ends up making it even better. Be sure to try this soup out right away to see for yourself! 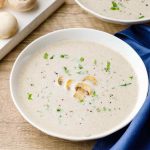