For as long as I can remember, I’ve absolutely loved cinnamon rolls with a cream cheese frosting. When I was growing up, my Grandmother used to make the BEST cinnamon rolls, even better than one of my biggest guilty pleasures, Cinnabon. That’s exactly why I’m such a huge fan of the recipe I’m about to share with you guys…even just thinking about it now is making my mouth water! These cream cheese cinnamon roll fat bombs feature everything I love from my favorite snack. The cinnamon fat bombs are made keto-friendly by keeping the ingredients low carb and high fat, and the cream cheese frosting is unbelievably good. This is truly a high fat keto snack that’s to die for.

In order to make the cinnamon rolls appropriate for the keto diet, you’re going to be swapping out many of the traditional ingredients used when making them in favor of some low carb, high fat alternatives. You’ll start by creaming together the softened butter with your choice of zero calorie sweetener (I recommend using Stevia, but anything other than actual sugar will do).

Next, add in the cream cheese and vanilla extract and beat the mixture until it’s combined. These four ingredients get your fat bombs off to a fantastic start, by adding in a ton of fats from the butter and cream cheese while keeping them carb-free thanks to the use of a zero calorie sweetening option. 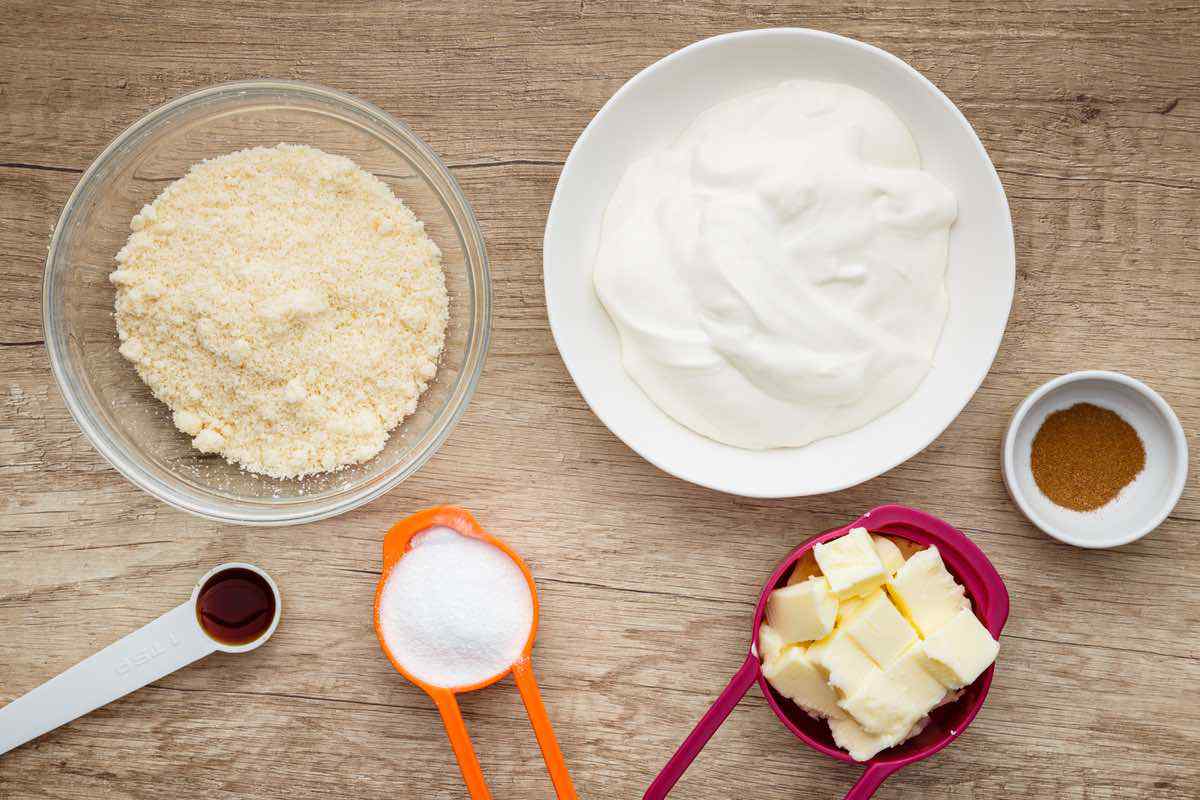 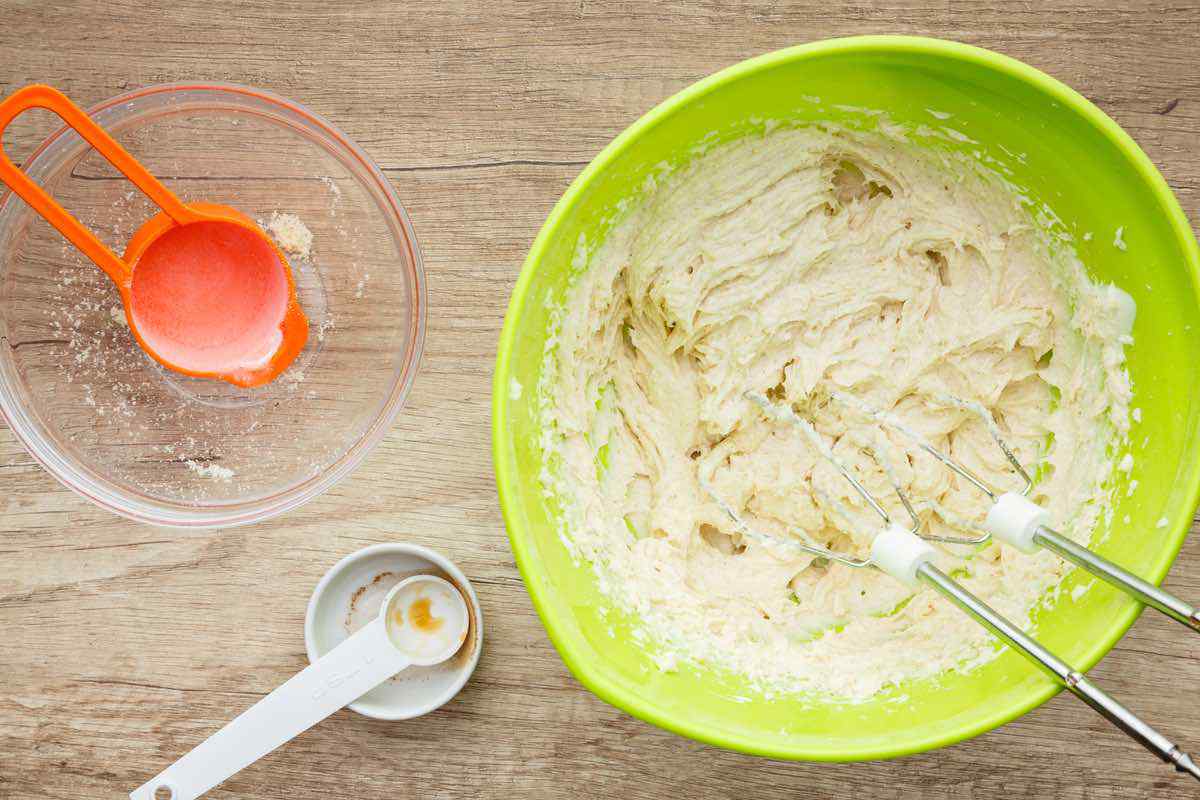 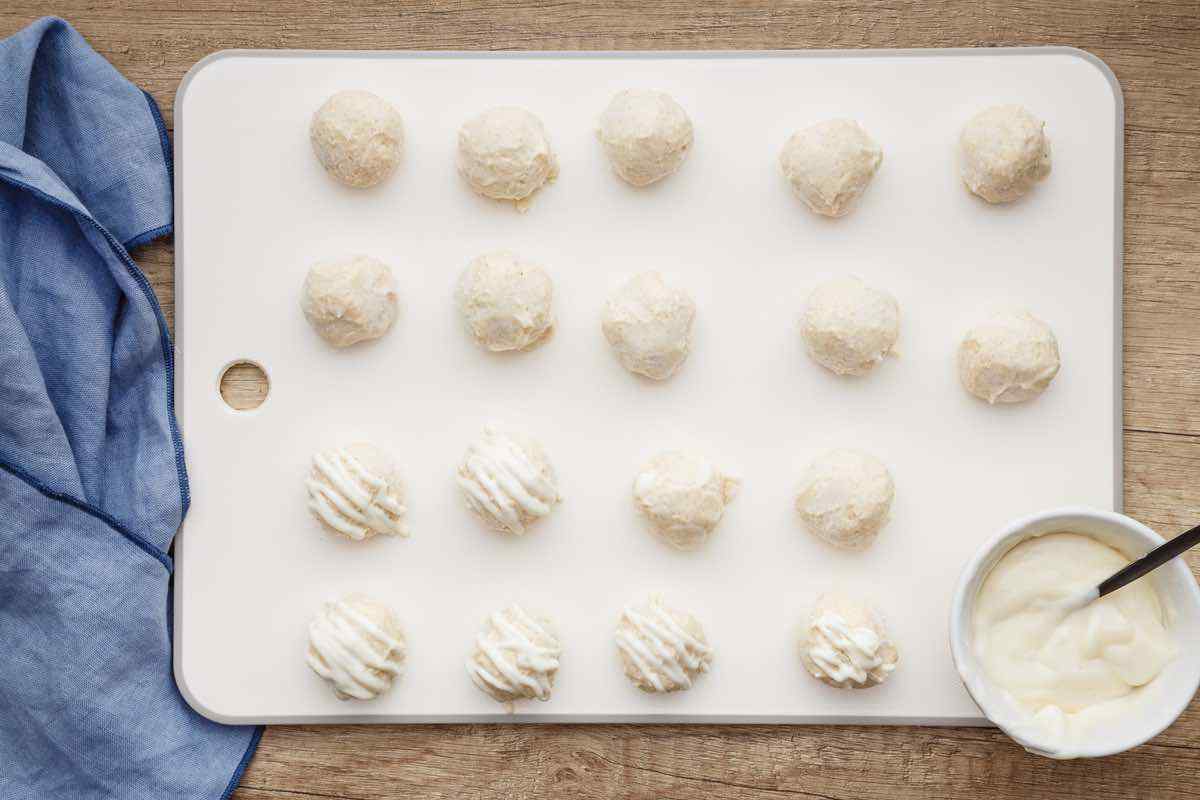 The next step is to add in your almond flour and cinnamon. Each of these ingredients are the real keys to this recipe. Almond flour is an excellent replacement for refined wheat flour that adds a nice amount of fat, protein, fiber, and essential nutrients into this recipe. And where wheat flour is a known cause of inflammation in some people, almond flour actually helps to lower inflammation and reduce your cholesterol levels, helping to protect against cardiovascular diseases. (1) 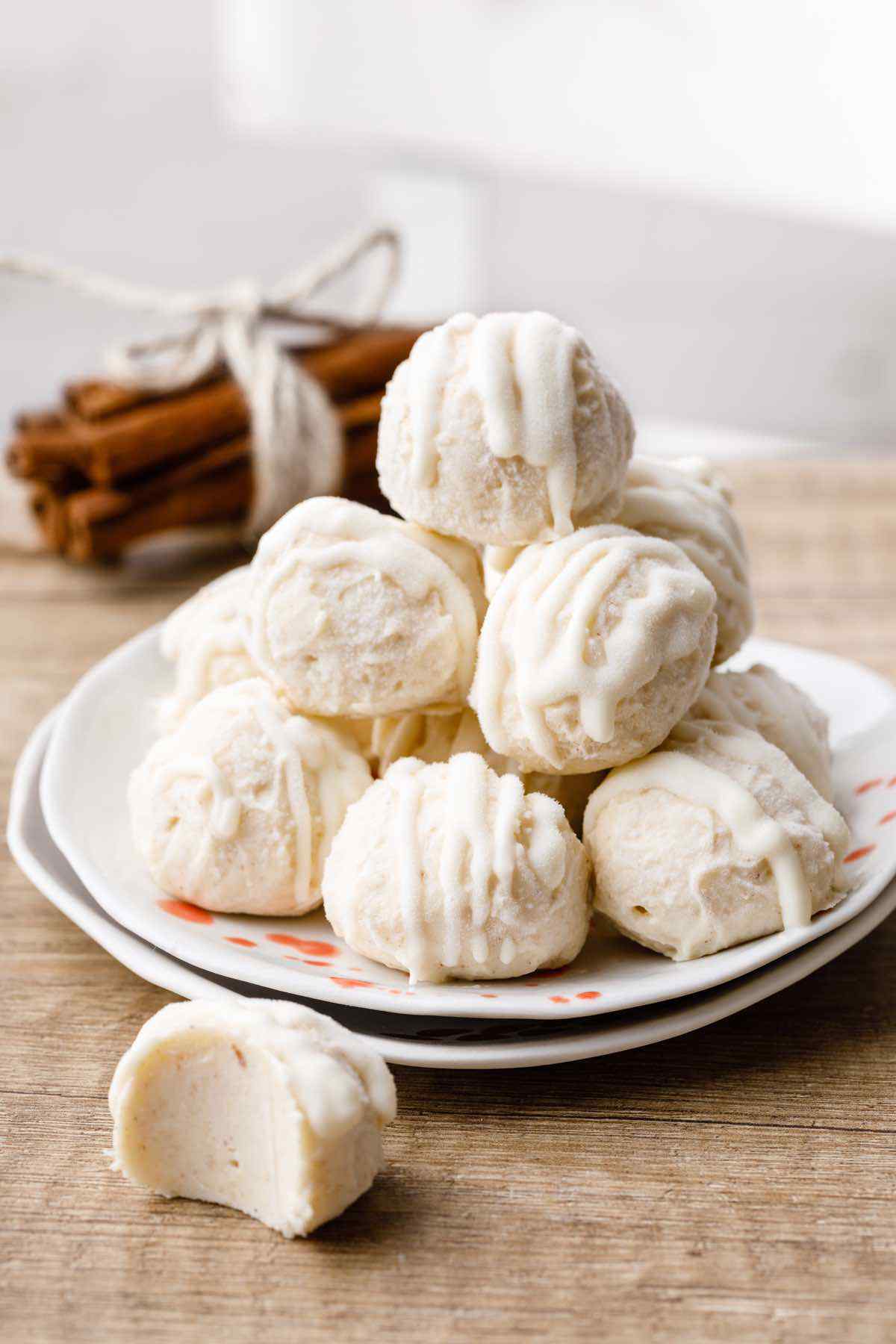 The cinnamon is also there for far more than just the delicious flavor it adds — this tasty spice has also demonstrated properties that are able to regulate blood sugar levels and even help lower your blood pressure and cholesterol. (2) The combination of all of these great ingredients makes sure that these fat bombs are a much healthier alternative than regular cinnamon rolls made with sugar and wheat.

Once your cinnamon rolls are good to go, simply drizzle the cream cheese frosting over top of them and then pop them back into the freezer until you’re ready to enjoy them. These fat bombs are certain to satisfy anybody’s cravings for a sweet treat. Better yet, not only are they a fantastic high fat snack to enjoy that won’t knock you out of ketosis, but they’re actually pretty healthy as well!

PS. I’m not ashamed to admit that cream cheese is my weakness. I put it on practically everything, so it’s safe to say I know what I’m talking about when I say that this pumpkin bread recipe is a must-try.The cream cheese topping alone is to die for. 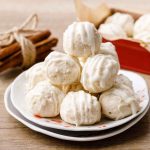