This recipe is for making mini keto chicken pot pies that are easy, low carb and even freezable. If you’re looking for a comforting recipe that’s great for meal-prepping and well within keto guidelines, give this a try! Today I’m going to be teaching you how to make an easy low carb keto pot pie crust and homemade filling entirely from scratch. 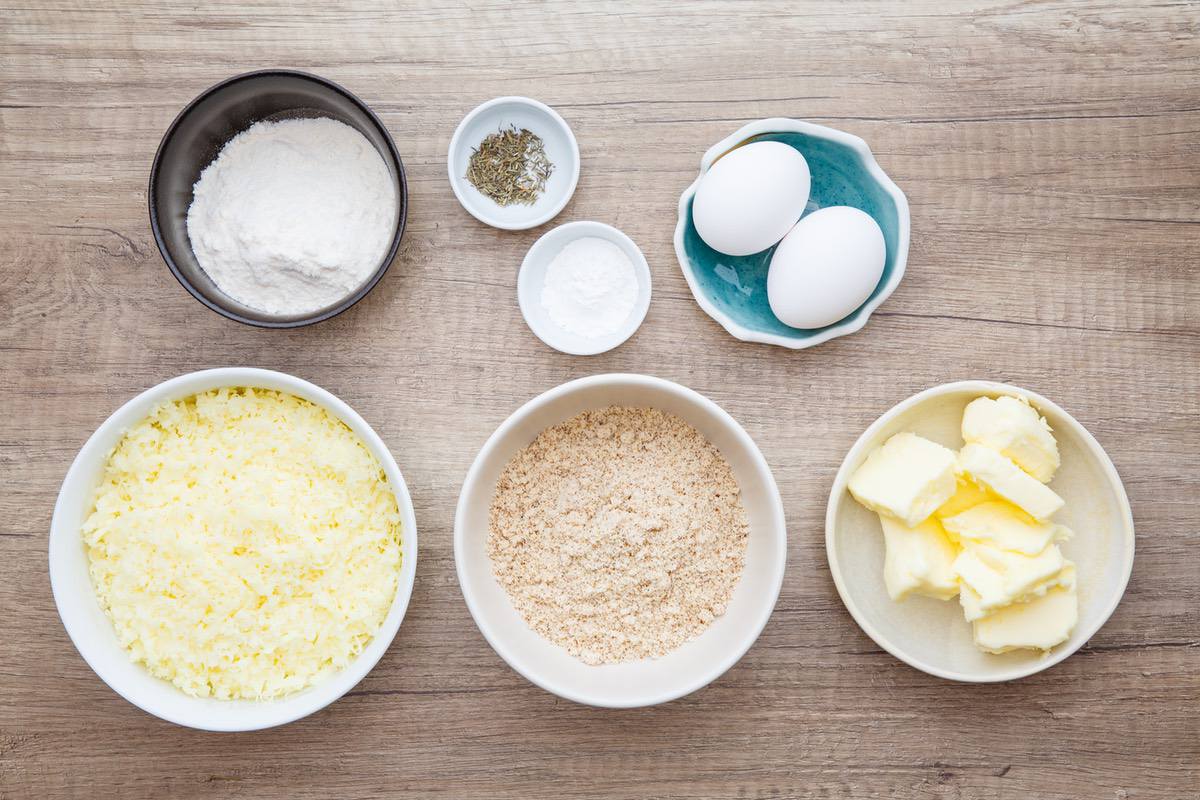 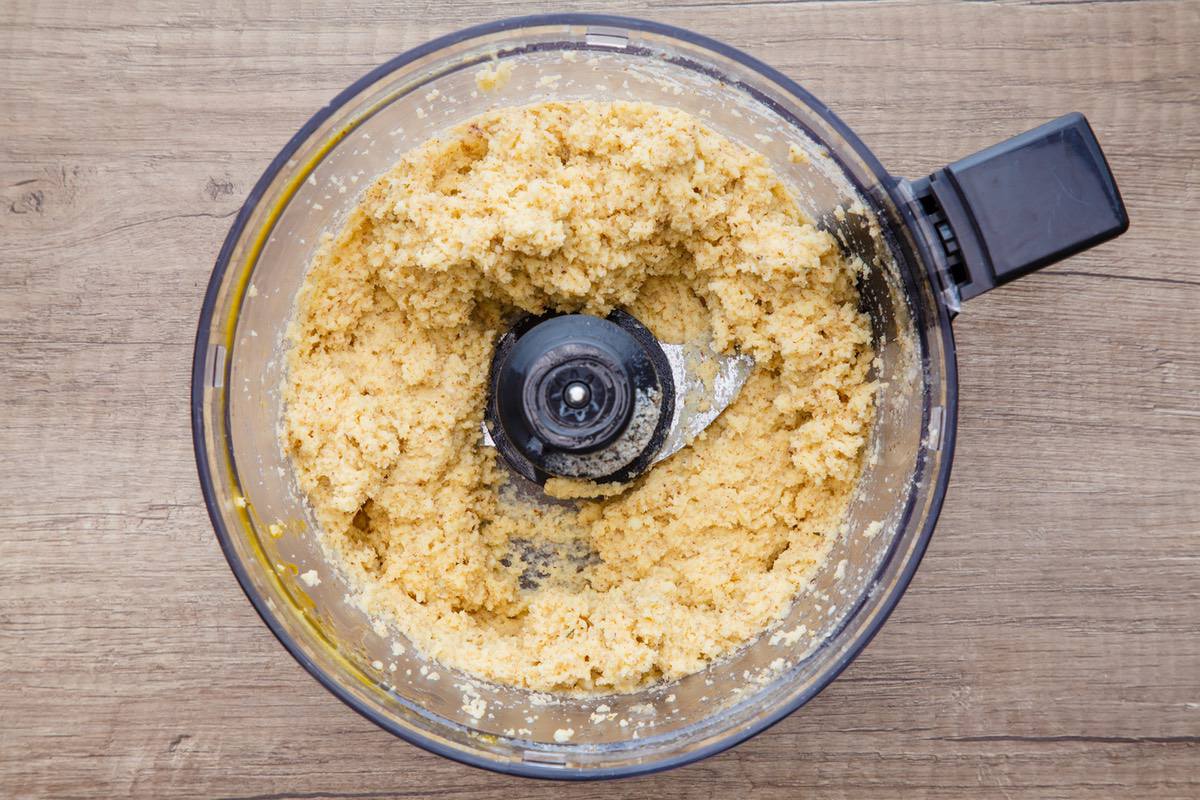 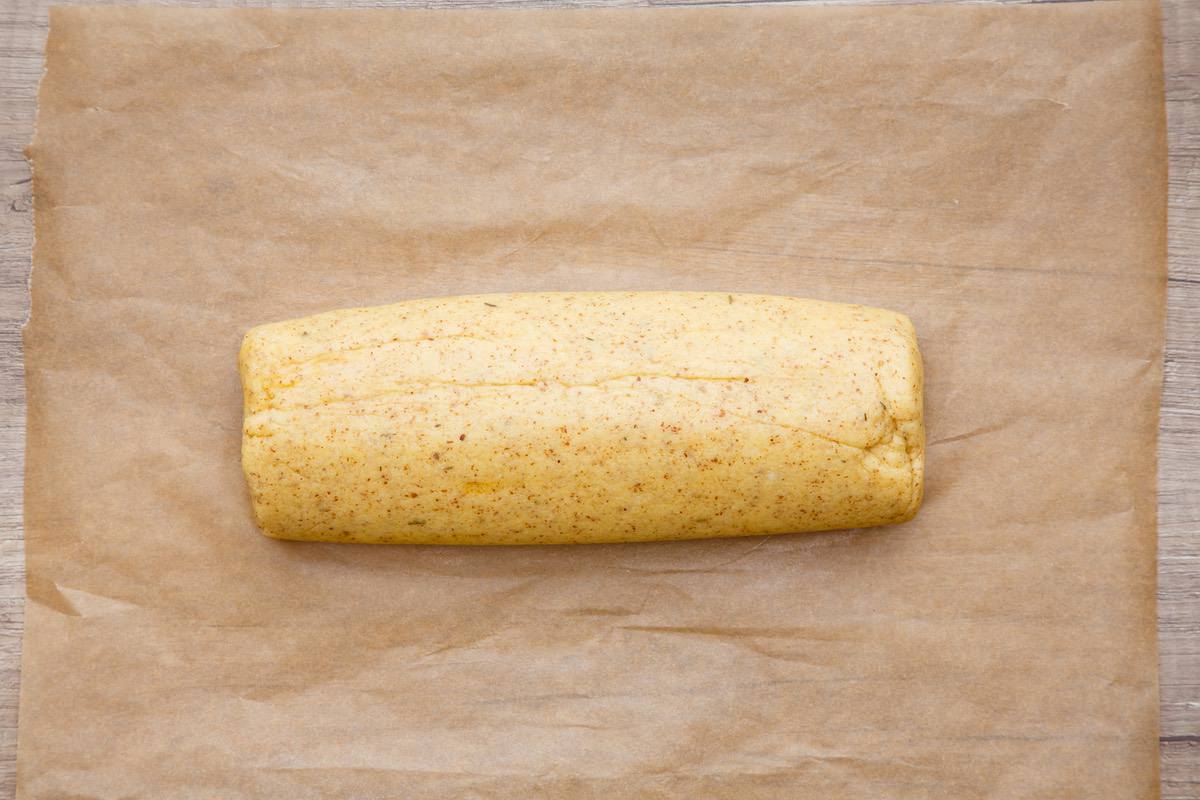 While the dough is chilling, you can turn your attention to making the sumptuous filling: 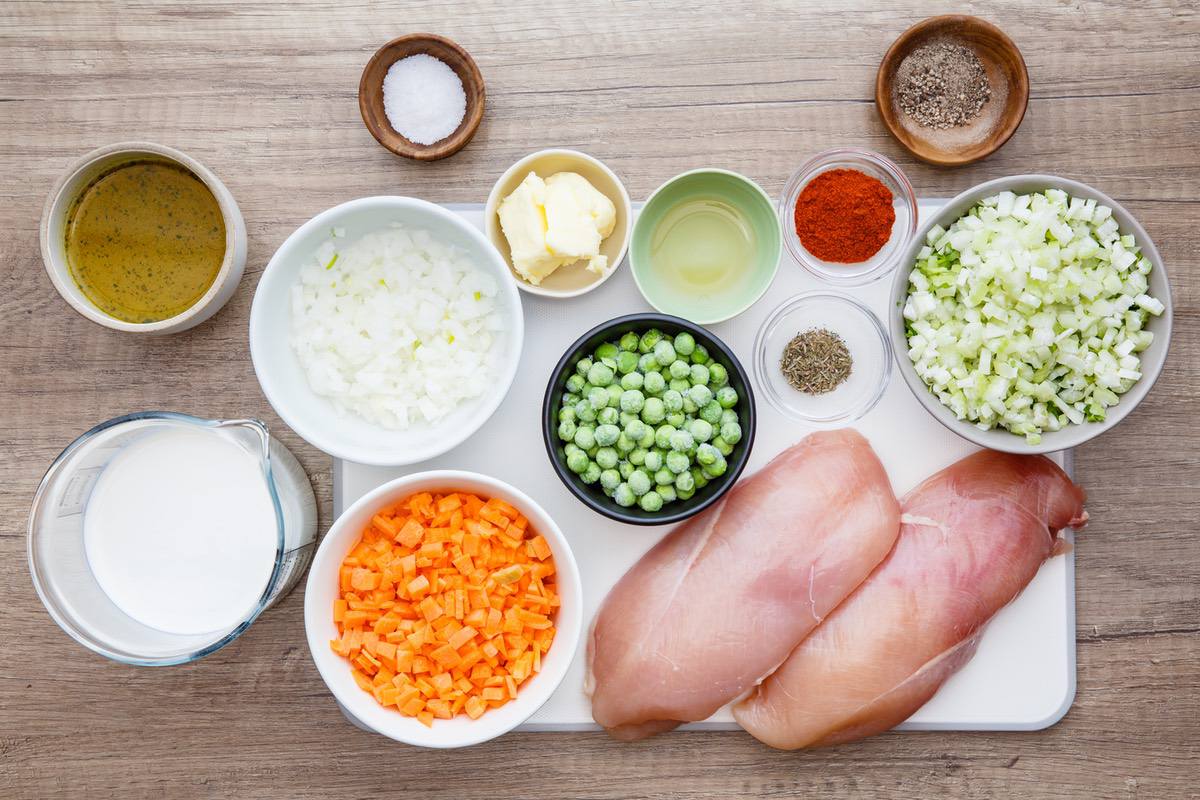 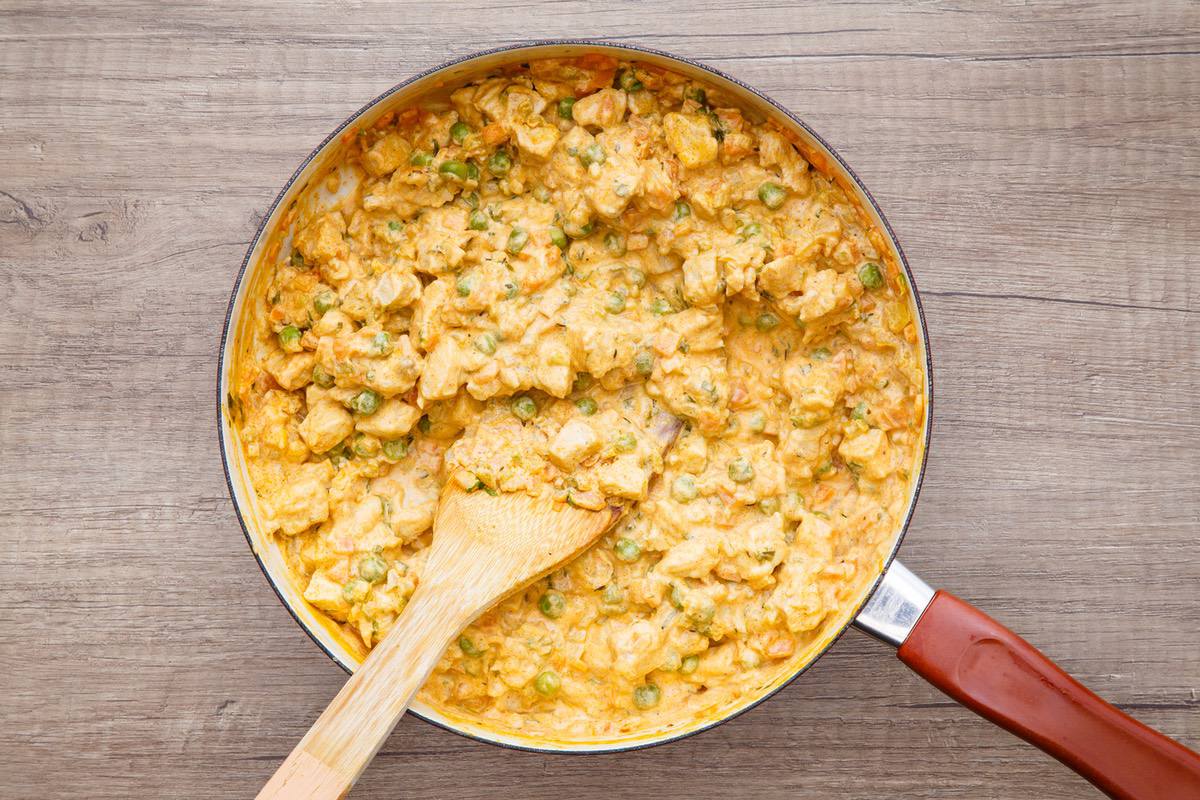 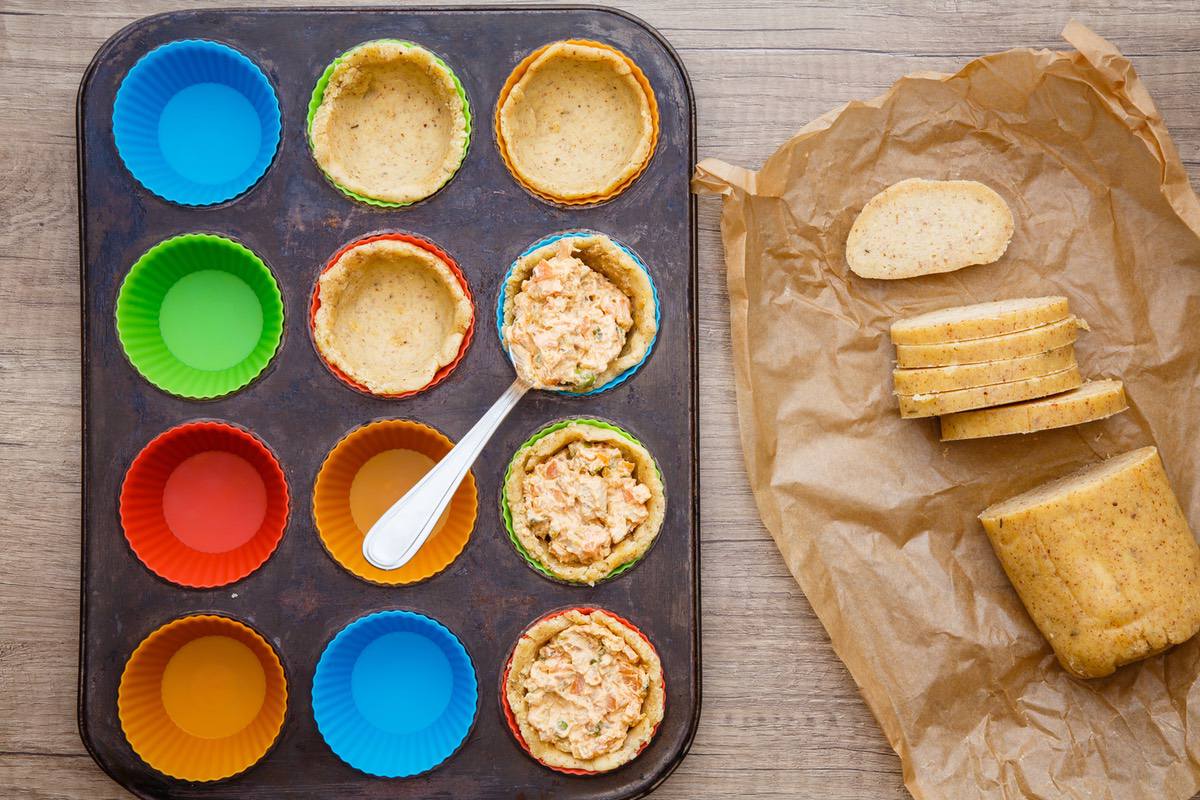 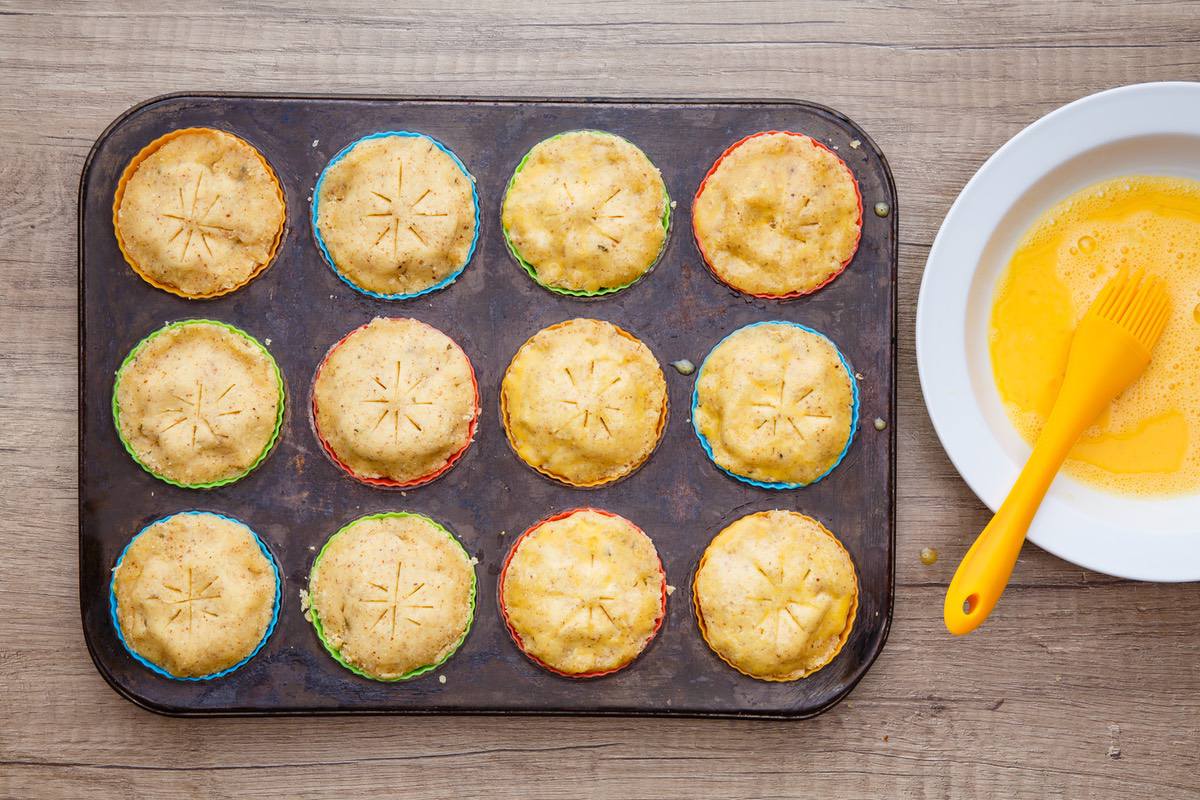 How to Store Keto Pot Pies (+ Can You Freeze Them?)

These chicken pot pies are absolutely fantastic when enjoyed as leftovers.

They can be safely kept in the fridge inside an airtight container or wrapped in plastic or foil for between 3-5 days before going bad. If you want your leftover pies to last for longer, the good news is that they also happen to be great for freezing.

You’ll first want to allow the pies to cool off completely when they come out of the oven. Then place all of the pies on a tray lined with parchment paper.

Freeze them like this until they’re firm and then wrap each pie individually in plastic wrap. Place each of your wrapped pies in a freezer bag and freeze for up to 3 months. 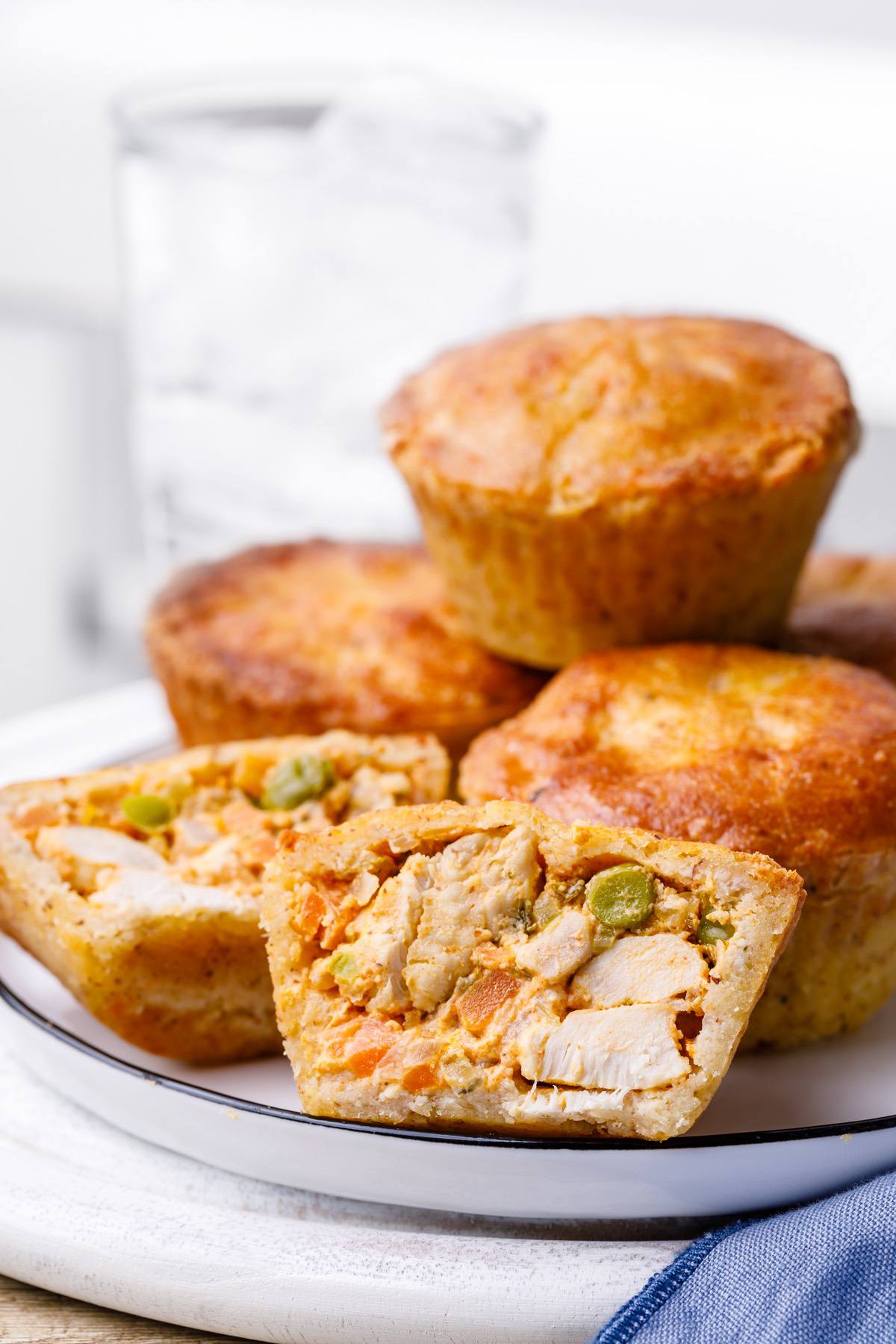 Does Chicken Pot Pie Need to Have a Bottom Crust?

While it’s certainly possible to make a chicken pot pie with no bottom crust, the overwhelming majority of recipes that I’ve tried are made with a bottom crust.

As for this particular recipe, it does indeed have a bottom crust. 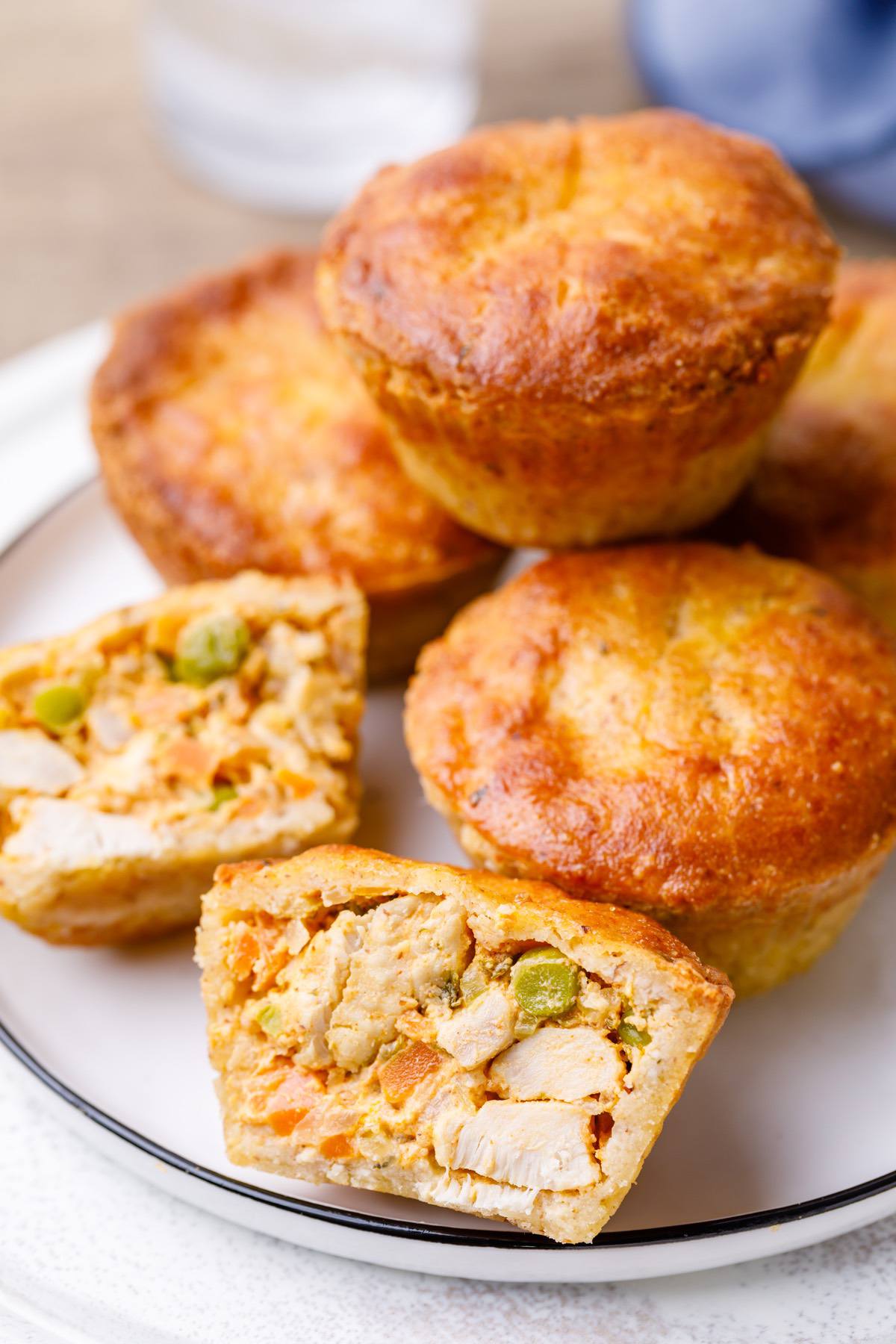 After freezing the pot pies, the best way to reheat them is by following these steps: 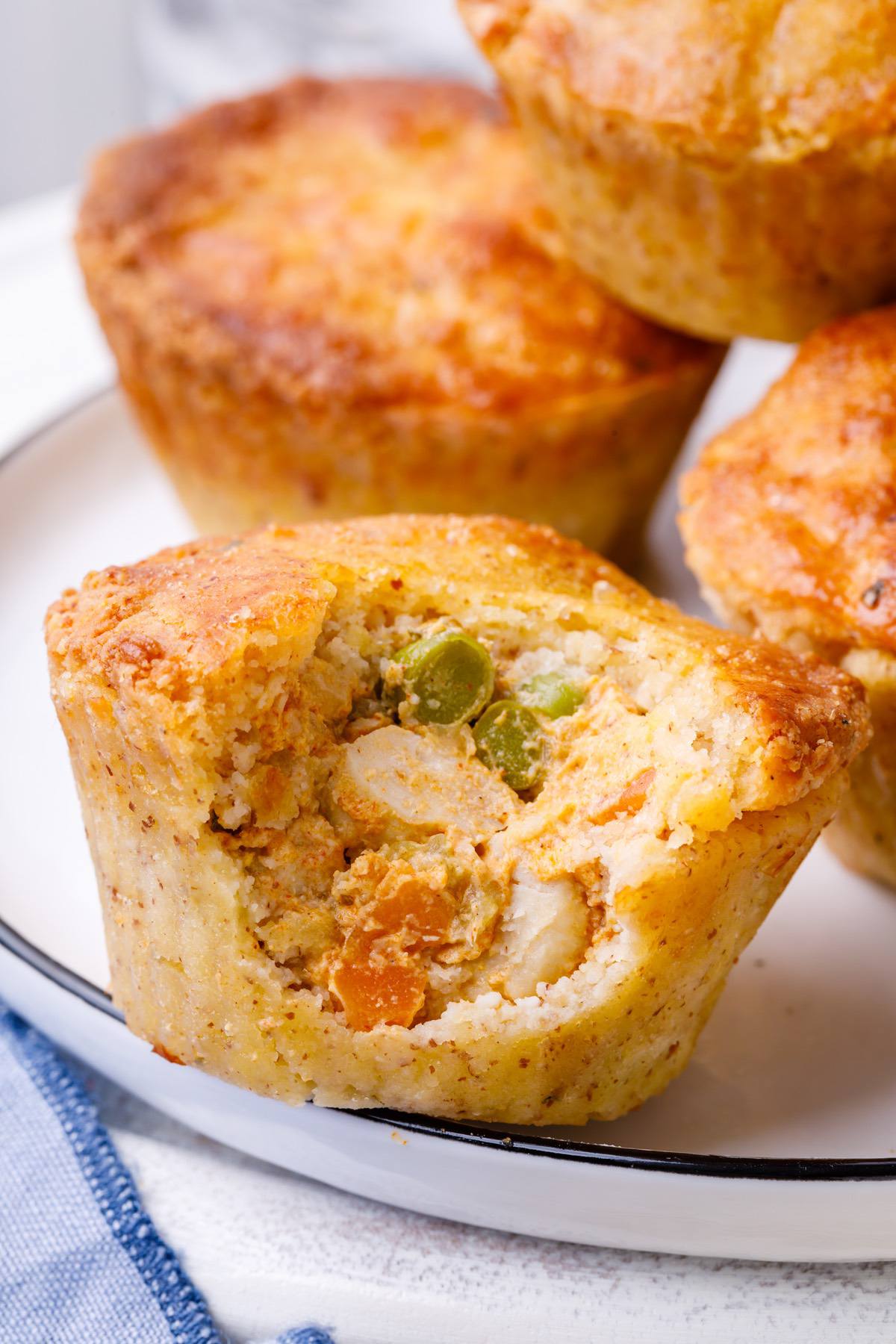 Can I Use Store Bought Puff Pastry for Low Carb Pot Pies?

Store bought puff pastry is a common ingredient used when making chicken pot pie recipes. With that being said, unfortunately it can’t be slotted into this particular pot pie recipe because it’s not keto friendly. 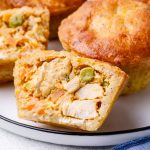