We’ve recently shared a bunch of incredible keto-friendly cheesecake recipes, but this particular recipe that I’m about to share with you might just take the cake (no pun intended). It’s somewhat similar to a no bake key lime cheesecake in that it makes a tart and sweet dessert option, only with a few key differences, like the fact that it uses lemons instead of limes to make a soul satisfying blueberry lemon keto cheesecake in a jar. This dessert is absolutely perfect for keto dieters — it has an almond-based crust, a nice and tart cream cheese filling, and to top it all off, a fantastic homemade blueberry syrup.

Before you prepare the actual lemon cheesecake part of this recipe, you’ll want to get the blueberry syrup out of the way. It only requires four simple ingredients — one cup of frozen blueberries, some water, a zero calorie sweetener, and a bit of added lemon juice. Combine all of the ingredients in a small saucepan and boil them over a medium heat. We make the syrup with blueberries because the flavor complements the tart taste of the lemon cheesecake perfectly, and also because they’re widely known to be an antioxidant powerhouse. Some of the antioxidants found in blueberries not only help to fight inflammation in the body and help to prevent disease, but they also help to improve your memory as well! (1)

With the syrup done, you’ll need to use a food processor with an S blade to get the crust of your cheesecake ready. Add the almonds, vanilla extract, and low carb sweetener and process them all together until they form a crumbly, slightly sticky mixture. Almonds are fantastic for making cheesecake crusts, especially when making keto cheesecakes. They’re a rich source of heart healthy fats that provide you with several great cardiovascular benefits, such as lowering both blood pressure and bad LDL cholesterol levels. (2) Next, take the crust mixture and use a shot glass to press it firmly down into the base of your small jars or ramekins. 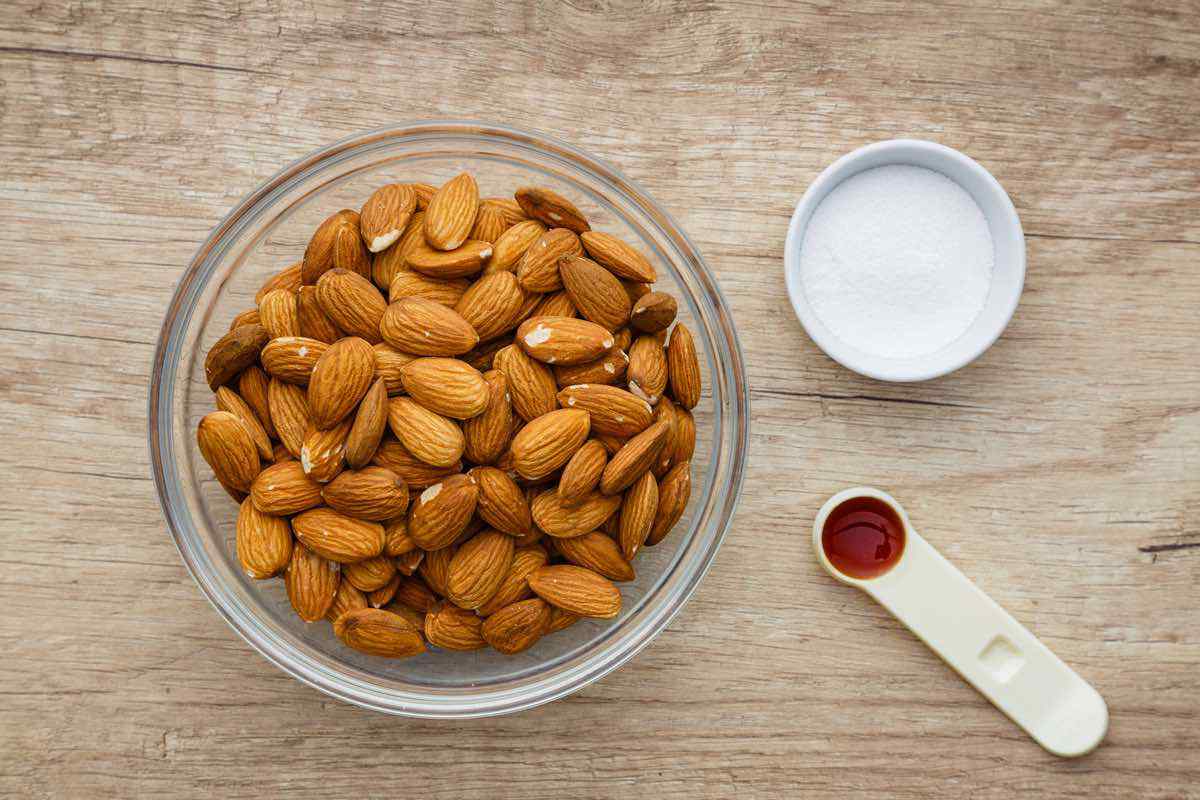 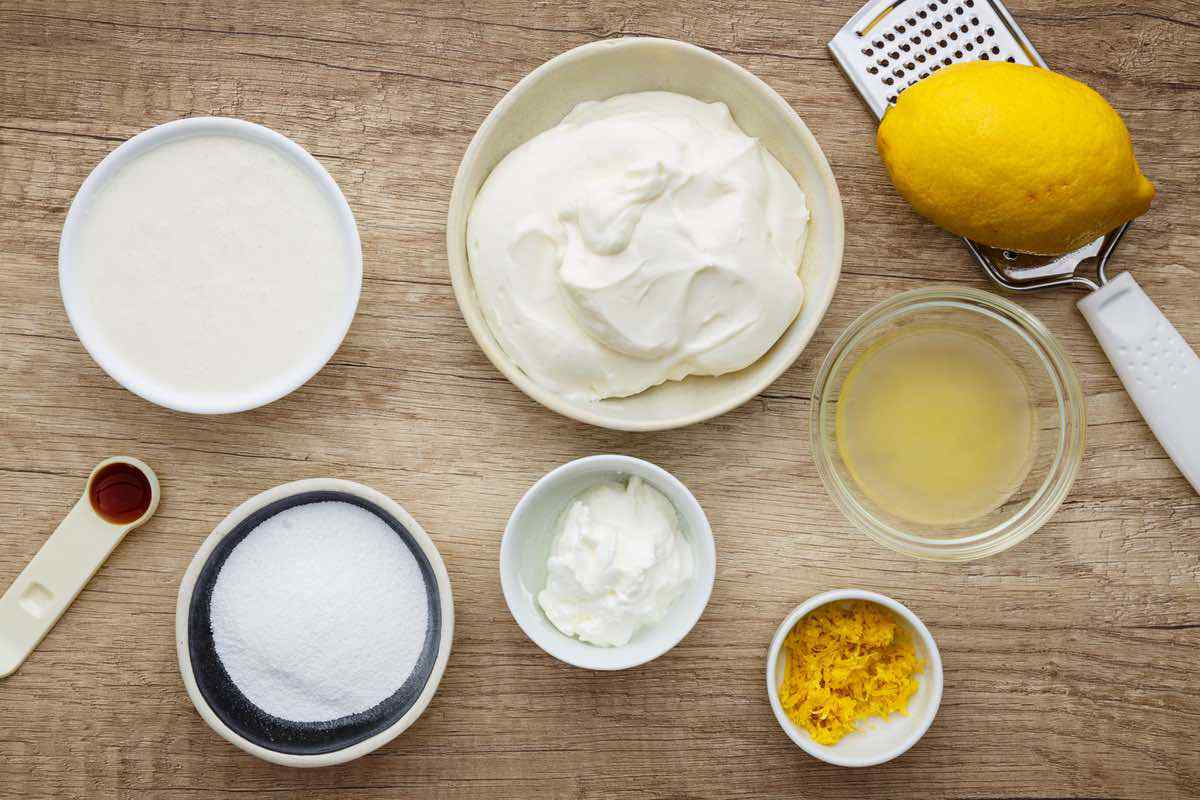 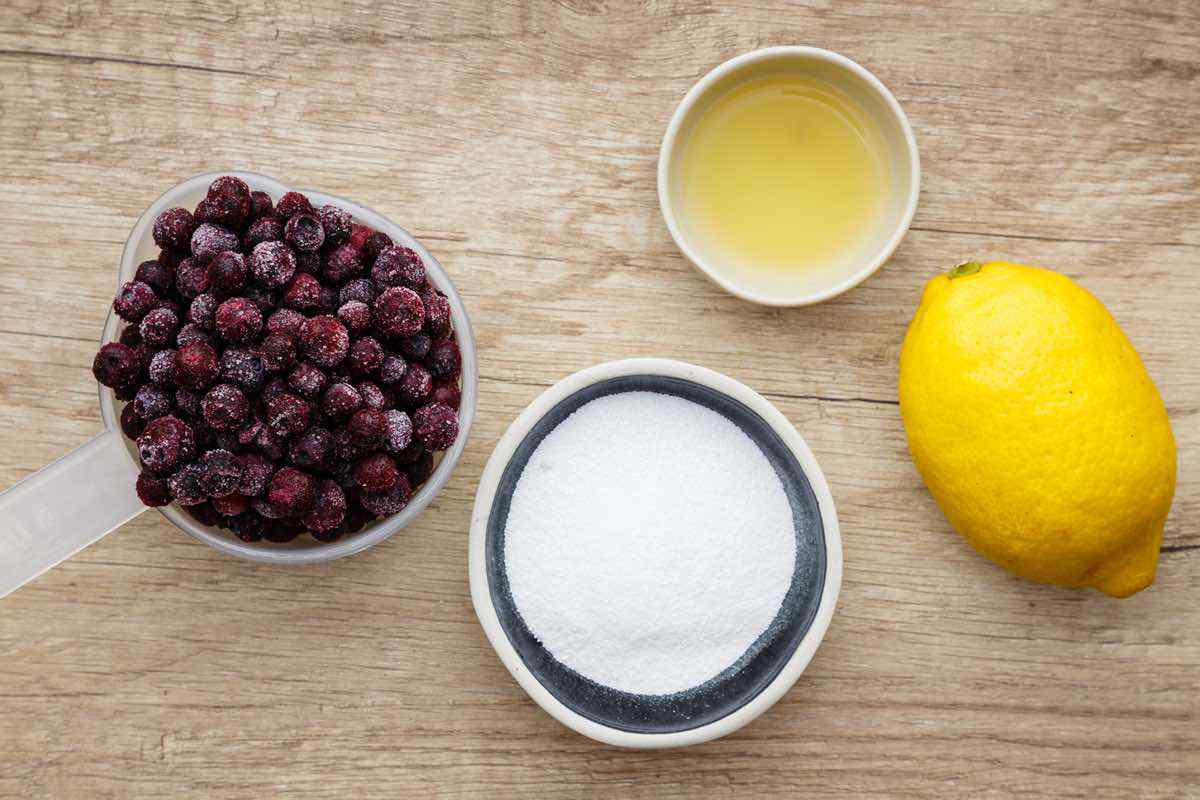 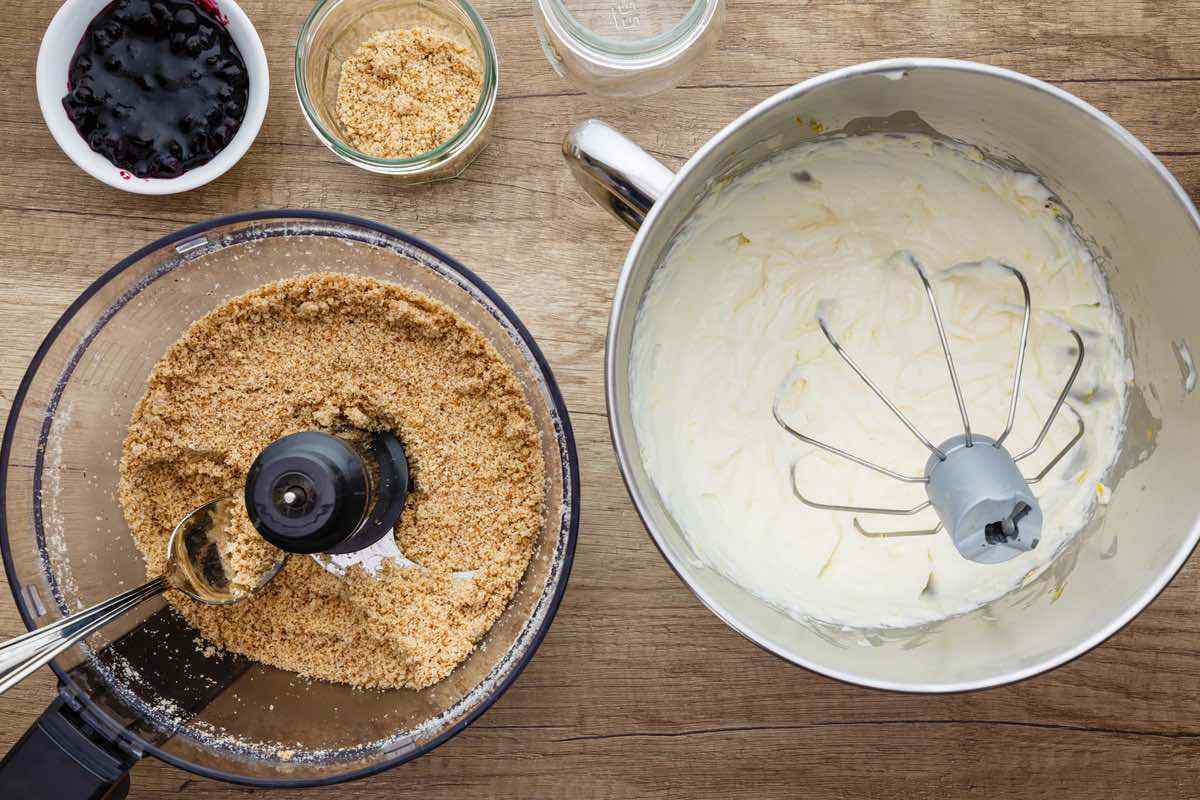 The cheesecake filling itself is pretty similar to most of our other no bake cheesecake recipes. There’s cream cheese of course, along with heavy cream, vanilla extract, and a sweetening option like Stevia. To give the filling its deliciously tart taste you’ll be using both lemon juice and lemon zest along with a bit of sour cream. Not only does this turn your cheesecake in a jar into a sweet and tart dessert, but along with the almonds, lemon juice has been found to be helpful when it comes to lowering high blood pressure. (3) 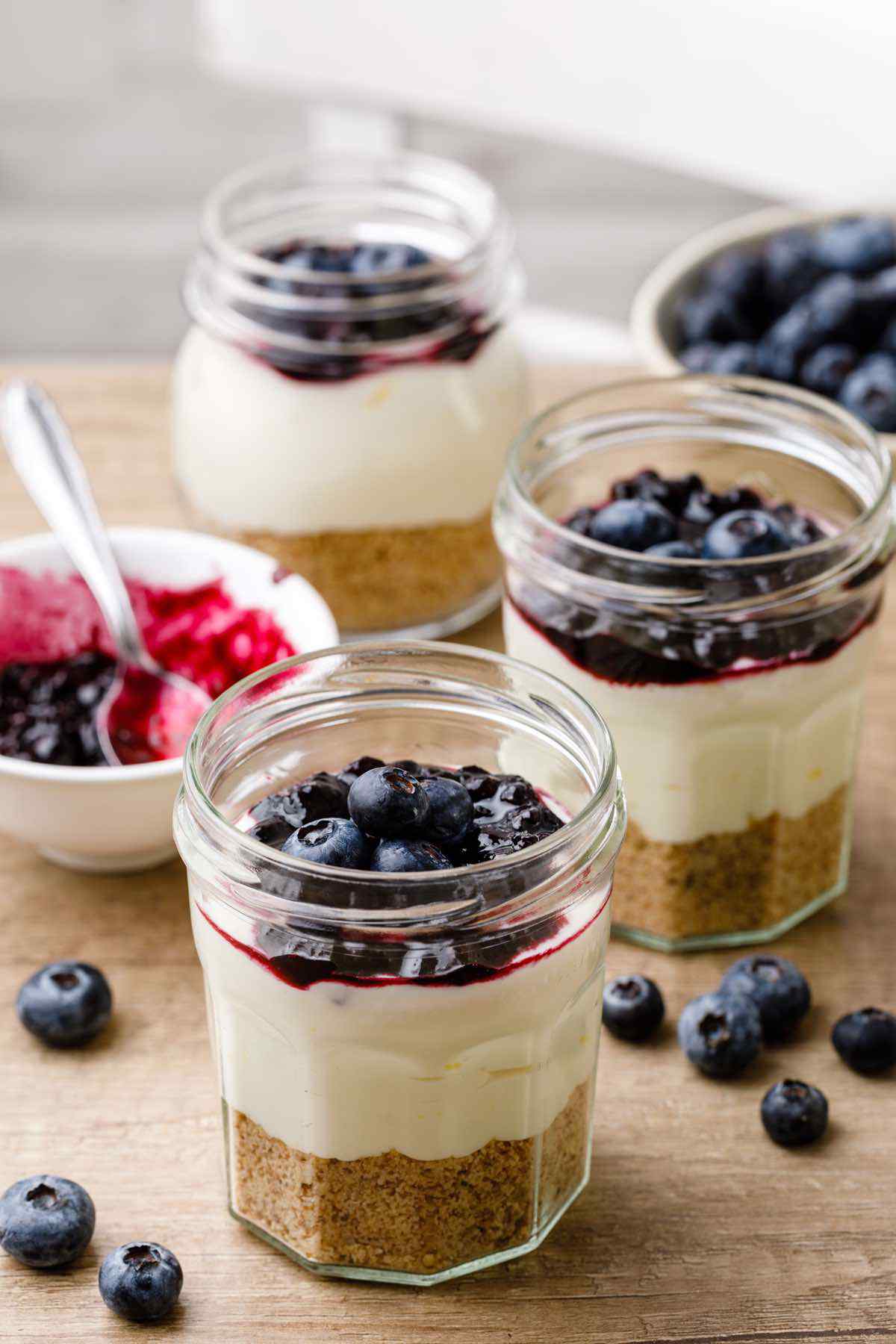 Add the lemon and cream cheese filling into your jars (or ramekins) and then drizzle the blueberry syrup over top of them. You can also optionally add some fresh blueberries for added decoration if you’d like. Before you enjoy this tasty treat, you’ll want to refrigerate them for at least two hours. Also, in case you’ve been wondering, YES, the blueberry syrup is also wonderful with pancakes. It’s perfect when paired with some fluffy keto-friendly pancakes — be sure to try it out! 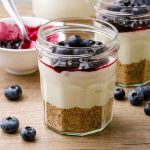